Samuel Okudzeto Ablakwa, a member of parliament for North Tongu, has requested that the government revoke the e-levy if it ultimately decides to use the IMF (IMF). He clarified that Ghanaians were given a choice between paying the e-levy and approaching the IMF to address their country's economic problems.

He claimed that since the administration had ultimately decided on the e-levy, an honest government should promptly abolish the levy after opting to turn to the IMF. "You provided the Ghanaians with two choices: E-Levy or IMF. 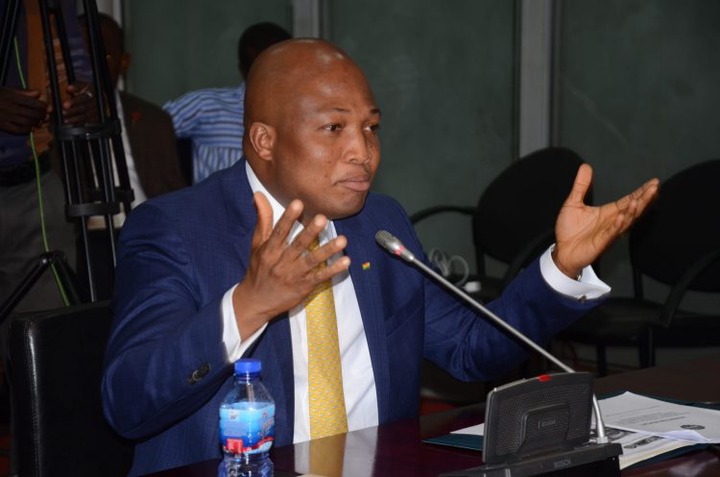 After choosing the IMF, any honorable government will immediately abolish the unjust and abhorrent E-Levy," Mr. Ablakwa tweeted on Friday, July 1, after President Nana Addo Dankwa Akufo-Addo gave his Finance Minister Ken Ofori-Atta the go-ahead to start formal negotiations with the IMF in order to ask the Fund to support an economic plan developed by the Government of Ghana.

The directive came after a phone call between the President and Miss Kristalina Georgieva, the IMF Managing Director, in which the President announced Ghana's intention to work with the Fund. This was disclosed in a statement released by the Ministry of Information on Friday, July 1. 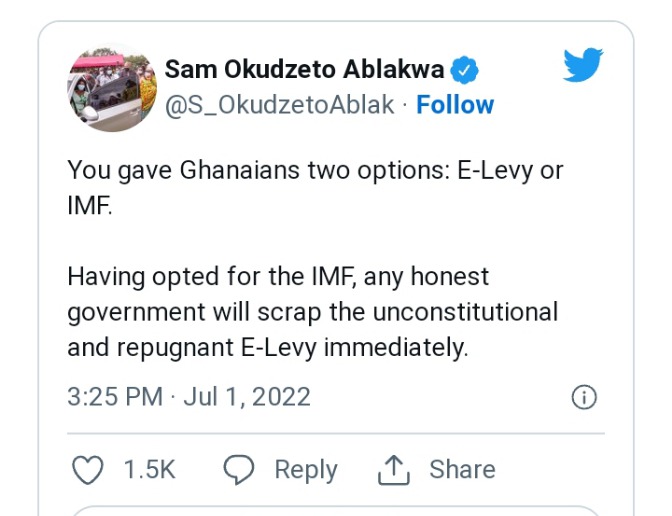 According to Mr. John Kumah, Deputy Minister of Finance, an IMF program will aid the nation in overcoming its economic difficulties more quickly. He stated that the administration is hoping the scheme will help the nation.

"As a government, our goal is to regain public trust in the economy and help it recover from the difficulties and challenges it is currently facing, not just in Ghana but in practically all other economies worldwide. In our opinion, an IMF intervention will enable us to recover more quickly than we otherwise could. On the midday broadcast on Friday, July 1, we hope that it will help the nation, he said.