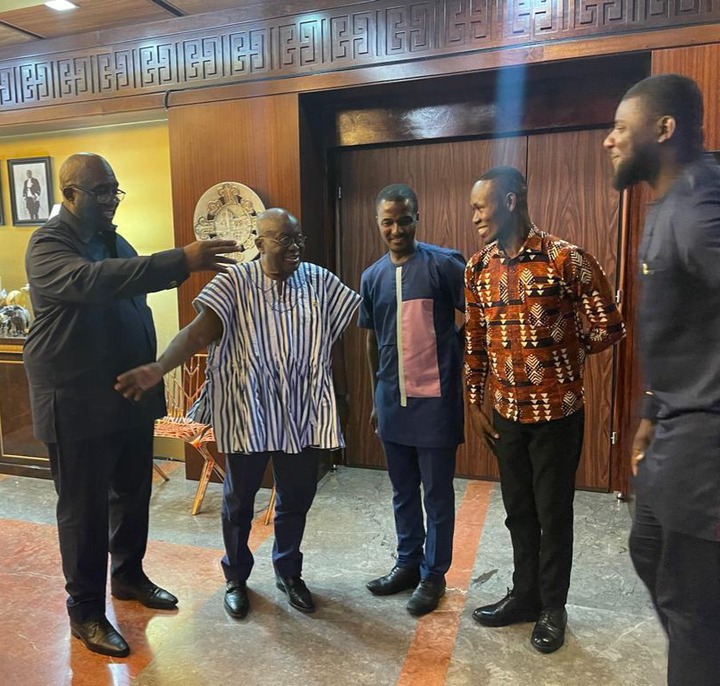 Hon. Ghartey, New Patriotic Party Member of Parliament for the Essikado-Ketan Constituency and former Attorney-General and Minister of Justice on 13th January, 2023, paid a courtesy call on President Nana Addo Dankwa Akufo-Addo at the Jubilee house to officially inform him of his intention to contest in the NPP Presidential Primaries slated for later this year.

The President in a discussion with Hon. Ghartey said he saw his role as ensuring a fair playing field.

According to the President, he was prepared to support anyone who emerged victorious in the Primaries.

The President however cautioned that the campaign should be conducted with decency.

The President emphasized that it was his desire to ensure that NPP retains power in 2025 and beyond. 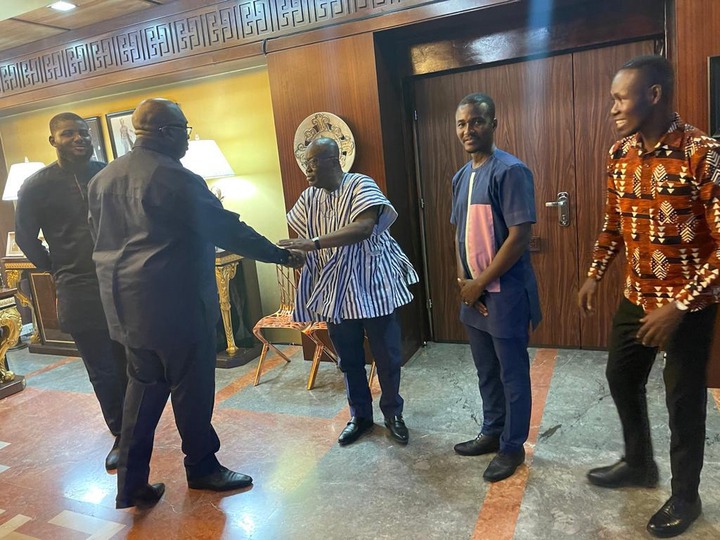 On his part, Hon. Ghartey, thanked the President for the confidence he reposed in him during his first term of office when he found him worthy to serve as the Minister for such a critical Ministry as the Railways Development.

Hon. Ghartey assured the President that he and his team will conduct themselves in with decency during the campaign for the flagbearership position and promised to work very hard for the party to retain power beyond 2024.

Hon. Ghartey made it clear that he would not sit idle and that he would take immediate action if any member of his team became wayward and started attacking others.

He thanked the President for taking time of his busy schedule to meet with him and wished he and the government well.