Massive Reactions As Tilapia The Cartoonist Drops This Caricature Of Mr. Martin Amidu.

By AccraBlogger (self meida writer) | 6 days

When the previous Special Prosecutor, Mr. Martin Amidu, recognized that he was being controlled from above rather than being left to operate as an independent body for the development of the country, he wrote a resignation letter to the president of the Republic of Ghana. His departure earned him the moniker "mother serpent of corruption" for the presidency. Following his resignation, the president and the finance minister, Mr. Ken Ofori Atta, both issued statements criticizing the government.

Mr. Martin Amidu recently penned an epistle in which he expressed his deepest regrets in life. His sole regret, he claims, has been believing the president to be his special prosecutor when the president knew he was not going to fight corruption as he led the public to believe and vote for him.

Mr. Martin Amidu argues that the Special Prosecutor's Office was set up on purpose to fool the public into believing that the government was serious about fighting corruption. Mr. Martin Amidu, an experienced lawyer and former prosecutor, feels that the present special prosecutor, Kwesi Peter, will not have the freedom to work independently and would instead be controlled by the highest authority.

Tilapia the cartoonist cannot remain silent in the face of such issues. A caricature of Mr. Martin Amidu composing his epistles was posted on social media this morning, and the public's reaction has been overwhelming. 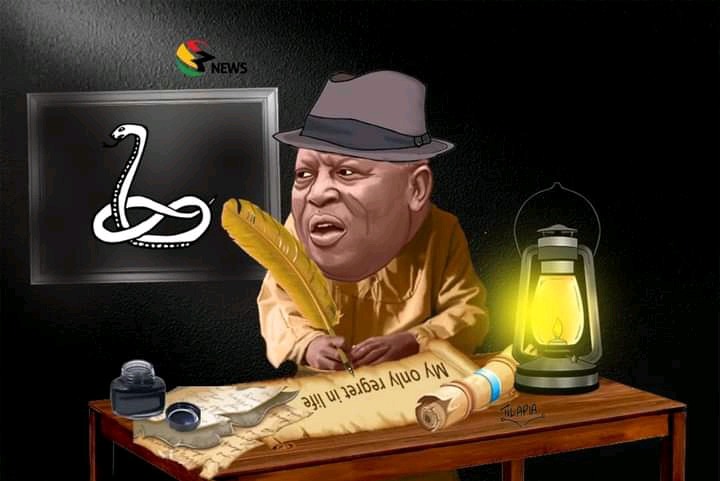