Many Ghanaians have criticized governments for failed promises. This has been consistent with successive government who promise and end up reneging on their words. For the Akufo-Addo led government, one of such regards the Nation Builder Corps NABCo. Though the government prides itself on employing over 100,00 personnel and giving permanent jobs to about 49,000, critics have renounced this. On TV3 New Day yesterday, Lawuratu Saaka joined Berla Mundi on The Big Issue to discuss certain developments regarding NABCo and the much talked about E-levy. Berla raised issues about sacked personnel and unpaid salaries. She raised concerns about a recent communique from the Ministry of Chieftaincy where the Minister complained about some personnel still being at post despite the NABCo programme ending last October. 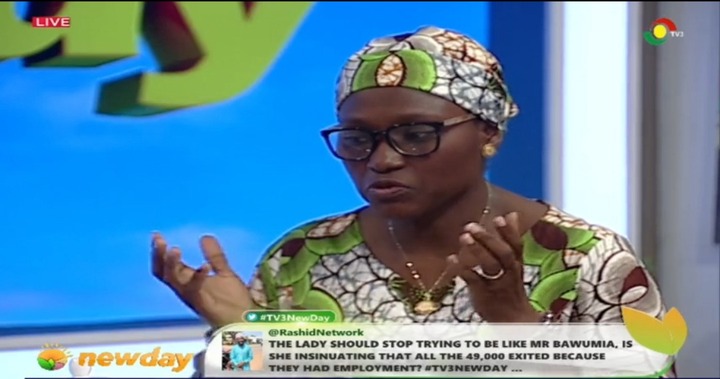 According to Lawuratu, a member of the NPP communications team, there has been no communication like that and called on all NABCO worker to remain at post. She also mentioned that though there have been delays in payments for over 4 months, all workers will be paid in due course. Interestingly, when asked about her thoughts about the E-levy she noted that there are some Ghanaians who are even calling on the government to increase the levy from 1.75%.

When asked by Berla Mundi to mention the names of those calling for an increment she declined to answer. This got social media talking about her comments on e-levy and NABCo. Many were of the view that she was struggling to communicate.