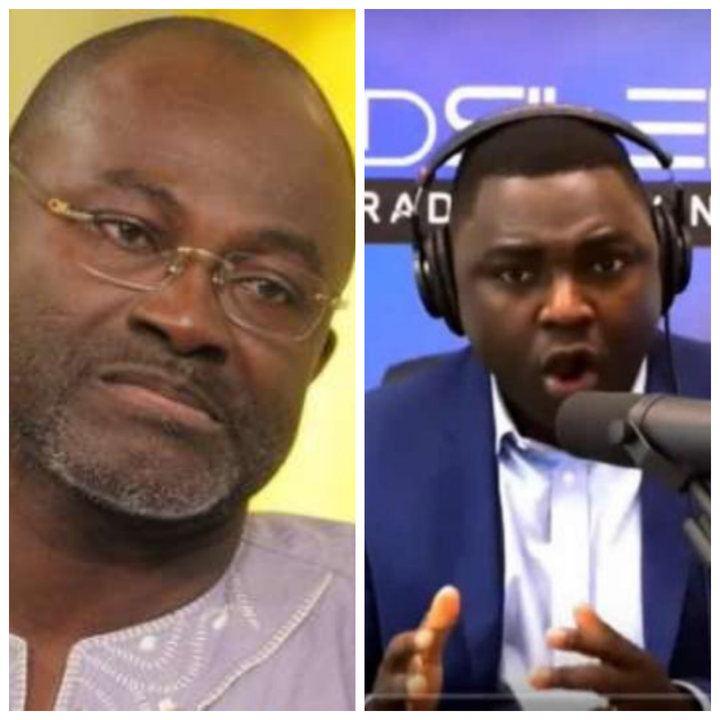 The accusations and counter-accusations between Kelvin Taylor and Kennedy Agyapong have no sign of ending any time soon. There is rarely a day the legislator sits on his NET2 TV without throwing jabs at the media personality, likewise, Kennedy Agyapong's name rings a bell on the Loud Silence TV Show hosted by Kelvin Taylor. Just when we thought the brawl between the two was coming to an end after the news made run that Kelvin Taylor went behind the scenes to apologize to the Assin-Foso lawmaker for accusing him of playing a role in the death of Ahmed Suale, the pro-NDC social media journalist has come out with a release to debunk the news.

In a press release signed by the CEO of Loud Silence TV, Kelvin Taylor, he set the records straight and asked his followers to ignore the news that he has been going behind the scenes to apologize to Kennedy Agyapong, that the news is false. He assured his followers that the news is a fabricated falsehood and he has not and will never apologize to Kennedy Agyapong. 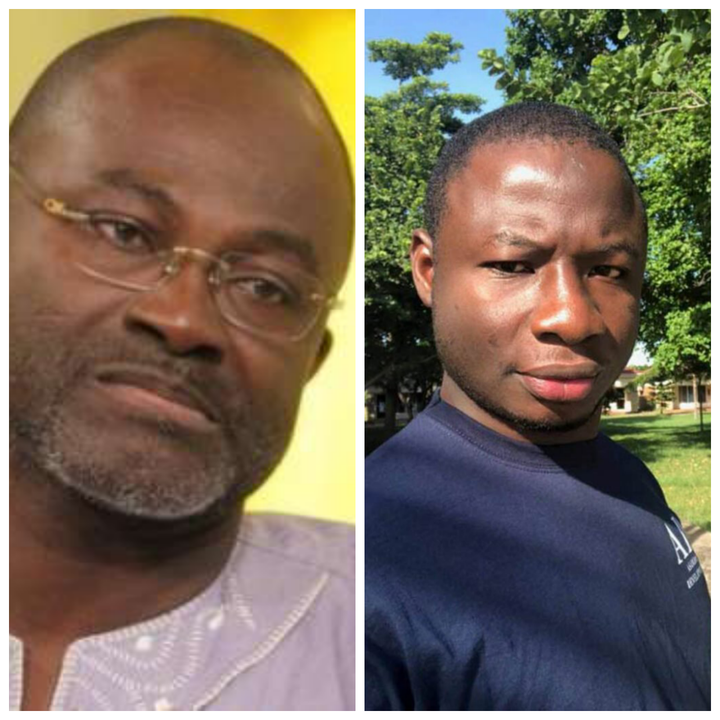 He reaffirmed his claims that Kennedy Agyapong has knowledge about the gruesome murder of Ahmed Suale and will not retract that statement. He dares the Parliamentarian to challenge him anywhere if he( Kennedy Agyapong) will have the courage to do so. He added that this release was necessitated by the numerous followers of him who have been worried about what he described as an unfounded falsehood by people he doesn't even know.

He expressed categorically that he is ready to face Kennedy Agyapong in any court on any day.

"I am ever ready to face Kennedy Agyapong any court anytime any day" an excerpt of the release reads. 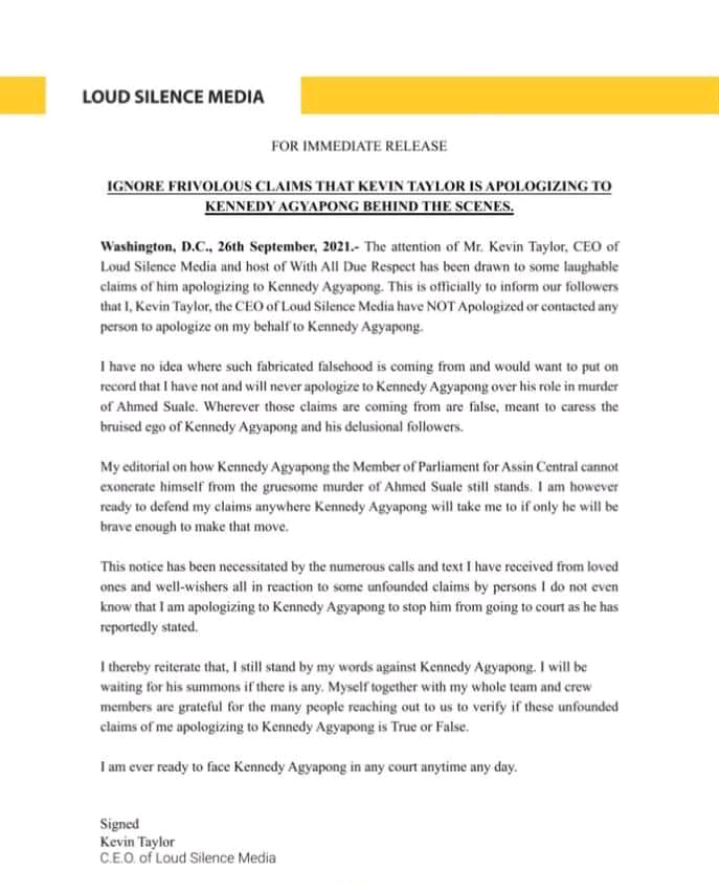 Do you think the brawl between the two is ending any time soon?