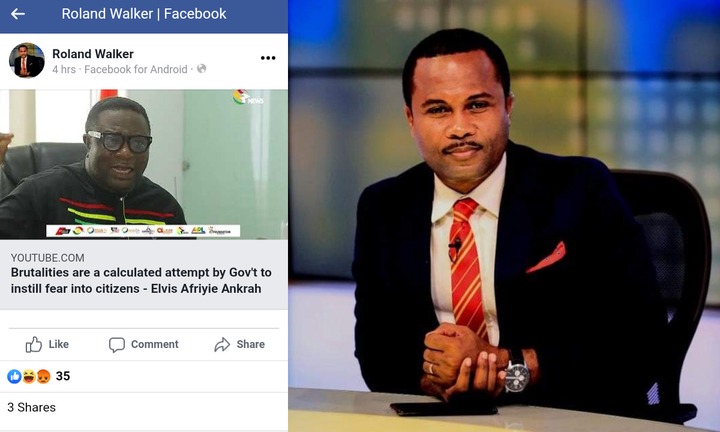 Ever since the Ejura (assassination & brutalization) and Wa (brutalization) incidents occurred, many people, from all walks of life have given their divergent views on the two case scenarios.

However, the issue of national security is still being debated particularly in the Ghanaian political atmosphere.

Ideally, political fractions and ethnic divide should have subsided at this stage, looking at the weight of the issue, and its concomitant effects on the country's developmental continuum.

What is more troubling is that nations who have so much trust in our security system are now questioning our strength and integrity.

Our outlook on the international front remains a very critical issue worth digesting.

Practically, we expect the President of Ghana, His Excellency Nana Addo Dankwa Akufo-Addo to at least update the entire nation regarding our security status so that citizens can calmly and vigilantly do their daily activities without fear and panic.

Failure on his part to control and manage the situation as expected automatically calls for further questioning and most cases attacks from the main opposition party, National Democratic Congress (NDC).

Just as it has been confirmed (though debunked by the IGP of the Welfare Department of the Ghana Police Service) that Ibrahim Kaaka Mohammed was assassinated following his strong activism works on social media, as a powerful member of the #FixTheCountry Campaign Team, many youth, including those in the diaspora have become so alert, and and doing an underground follow up on the issue.

Though some are very conscious of the kind of messages they are currently putting on social media, others are still restlessly seeking justice for all the victims and their families.

Although it sounds so consoling as humans, for Alhaji Dr. Mahamudu Bawumia, Vice-President of Ghana to donate thousands of Ghana Cedis to the bereaved families, it is still not justifiable since life cannot be brought back with any resource on earth.

One thing many social media activists and concerned citizens want is for justice to prevail, and all perpetrators, sanctioned severely in accordance to the Supreme Law of the Land. 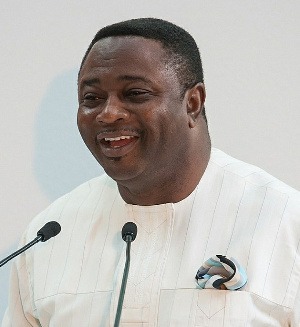 Meanwhile, the Director of Elections for the NDC, Elvis Afriyie Ankrah has taken the argument to a different dimension, indicating that all the illegal assassination cases we are experiencing currently in Ghana are the doing of the Government.

He went on by saying that, it was a planned attempt by the government to make that happen to cause fear and panic in the country. Apart from his argument being strange and controversial, it also has an element of propaganda.

Emphatically he said, "brutalities are a calculated attempt by Government to instill fear into citizens."

Roland Walker has been consistently updating his followers and Ghanaians on every development of the Ejura and Wa incidents, since its inception.

He therefore shared this story on his Facebook page. 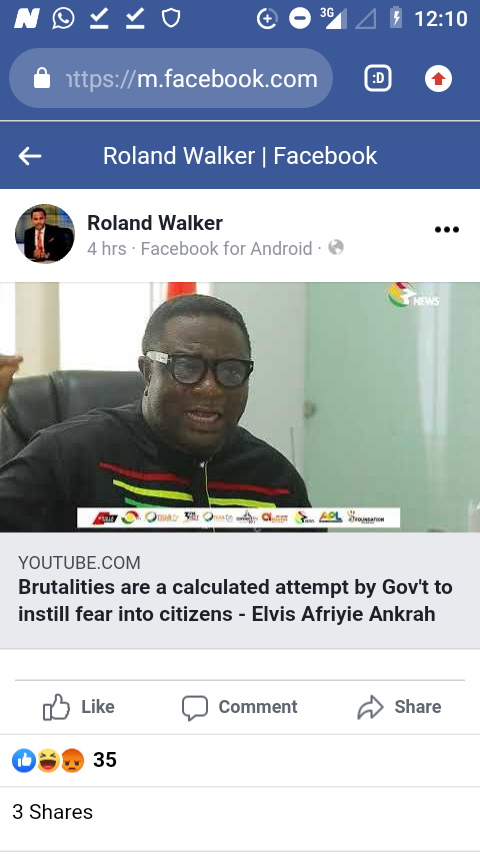 Afterwards, Ghanaians (Facebook users) have descended on Afriyie Ankrah for making such statement. 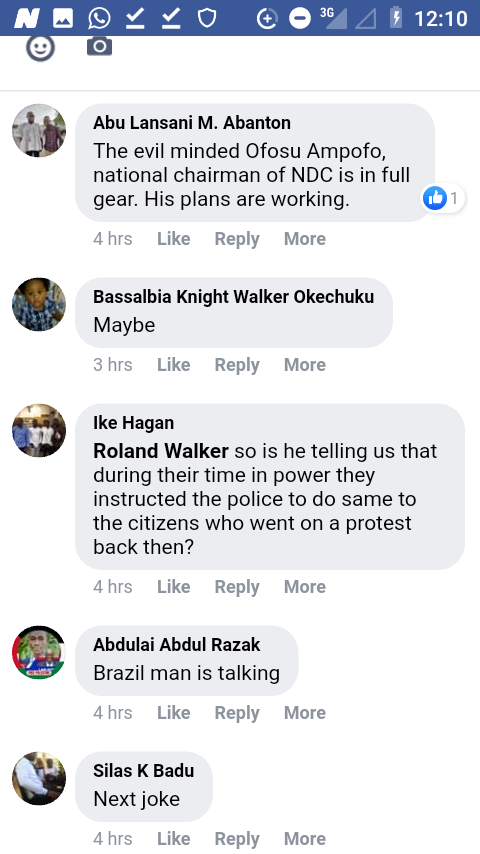