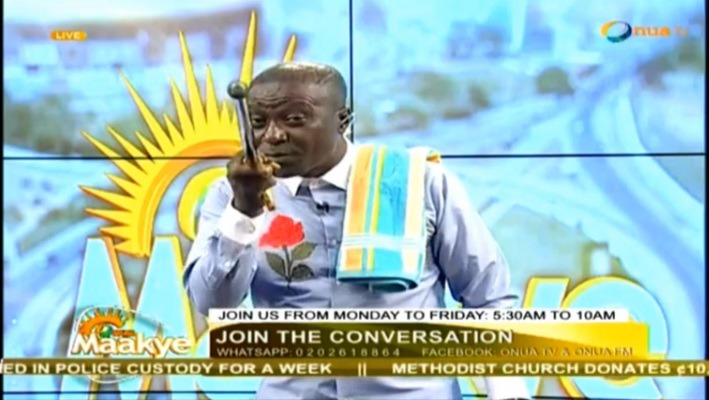 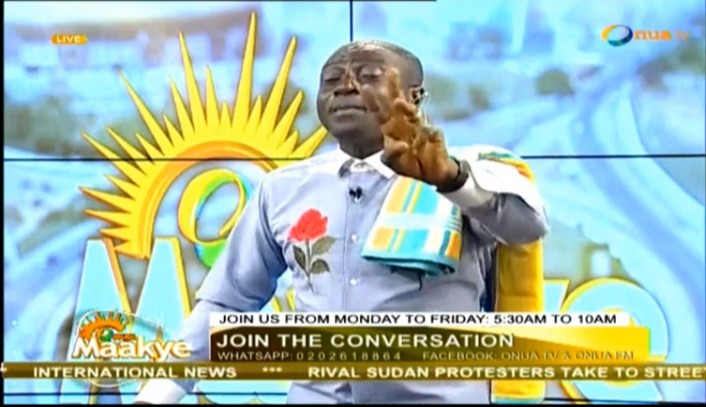 He revealed that he made a story some time ago during John Mahama's time in office about a road he used somewhere in Akyem which was in a very bad state. According to Captain, the Okyehene made a statement on the road just 3 days after he made his report. The Okyehene in his speech also gave an ultimatum to the Roads Minister to attend to the road and fix it within 3 months time.

But in an interview former President John Dramani Mahama granted with Mugabe, John Mahama was asked about whether he has heard what the Okyehene said and whether he was going to take that up. According to Captain Smart, John Mahama also replied and said he can go and fix the road himself. 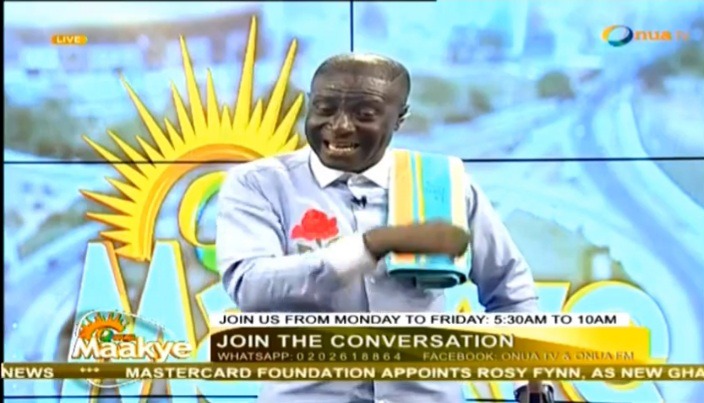 Captain Smart speaking on Onua TV on Onua Maakye today said John Mahama said the same thing to the Okyehene about the road in an interview with Mugabe, but that doesn't give President Nana Akufo-Addo the mouthpiece to say this to Togbe. Because as a leader you must have a heart to receive any comments from your people, Whether good or bad.

What crime have the chief done requesting for the Education Minister to complete or even commission a school building which is 90% complete by February. For the people of Ghana specifically his area to have access to quality education.

Kindly share your thoughts in the comments box below.

“Yawa Of The Day.” Gay Caught Pants Down Sleeping With A Guy And Beaten Up By Area Boys. [+VIDEO]

5 Mistakes Most Women Make While Dressing Up (Photos)