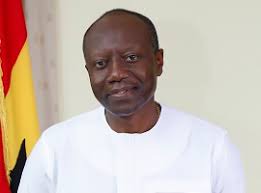 He warned Vice President Bawumia not to let people like Ofori-Atta damage his name and to take control of the administration of the economy as is expected of him by law.

The anchor of the Kennedy Agyapong-owned network's "The Seat Program," which was included in an interview on the KSM show that aired on Pan African TV, emphasized that the government had failed in terms of economic management.

His dismissal was purportedly due to his criticizing Bawumia on his program, but he clarified that his criticism was directed at his social media followers rather than the Vice President, who he said he was questioning in the same way that Bawumia had done with Mahama years before.

"The Vice President is the Chairman of the Economic Management Team of this administration, he is an economist, and three, he is also the Vice President," he said, outlining three justifications for wanting answers from Bawumia.

Bawumia is a trained economist, therefore if you are the chairman of the EMT, you know the ins and outs, the nuances, and the leaps and bounds of everything as far as the economy is concerned. Mahama is a political technocrat, so I can even argue that he is not his equal.

You are skilled at the game, he insisted.

"If you sit there, and they perform everything they've done up to this point, including the Finance Minister's speech in the white calico with the Bible and quoting scripture that God is with us, and we aren't going to the IMF, then by the time he finishes speaking, we are at the door of the IMF.

It was crystal clear to me that any Ghanaian needed to tell them that "guys, you have failed, either you give the chance for someone else to take charge, he insisted. "Now that we have seen ourselves sitting, eating a giant humble pie, I cannot use any other adjective than to say they have failed," he added.