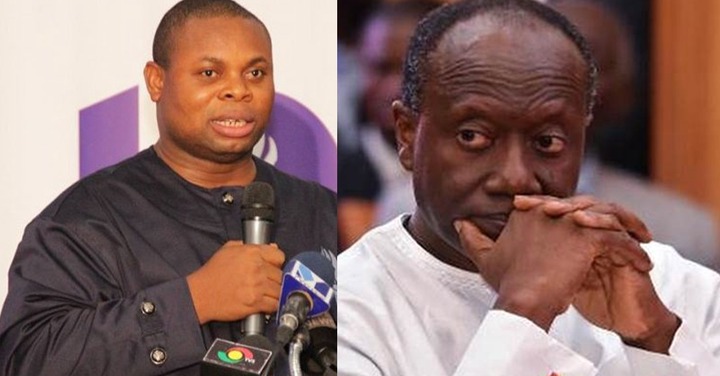 Ghanaian author and social political-commentator, Mr. Franklin Cudjoe has advised Ghana’s Finance Minister Nominee, Mr. Ken Ofori Atta to be ready for some serious questions that will be thrown at him during vetting.

According to him, Mr. Ken Ofori Atta was able to manage the economy well during the first term administration of the Akufo Addo government.

He says even though coronavirus caused serious issues to the world economy, Ken Ofori Atta was able to meet all the economic figures.

“It is unfortunate that some of the policies he embarked on brought trouble for him and the government but boot for boot, Ken Ofori Atta performed well.

You can look at the competence in the fact that he had been able to meet all the economic figures even when the country is fighting the coronavirus outbreak.

The fact of the matter is that he did well in handling the ministry”. Mr. Franklin Cudjoe noted.

However, Mr. Franklin Cudjeo added that Ken Ofori Atta took some decisions at the ministry which were unpopular.

He says those decisions will face him at the vetting committee of parliament. According to Mr. Franklin Cudjoe, Ken Ofori Atta cannot go through the vetting without answering questions on the Agyapa Royalties deal, KelniGVG, and the PDS scandal.

“Ken should be ready to find answers to those decisions he took. He should also be ready to change his mind about Agyapa and the other deals.

He should know Agyapa was one of his worse decisions and it will cause a lot of issues for him in the vetting. Those are serious questions he should be ready to answer”. Mr. Franklin Cudjoe noted.

Mr. Franklin Cudjoe added that Ken Ofori Atta has been loyal to the President. He notes that the next opportunity given to Ken Ofori Atta will make him change his mind on a number of issues.

“We should know the president is thinking about loyalty and ken understands prudence in terms of handling the finances of the country.

Even with free SHS, he said it should be given a second look. He is one person that appears that if given another opportunity he would change his mind”. Mr. Franklin Cudjoe noted.