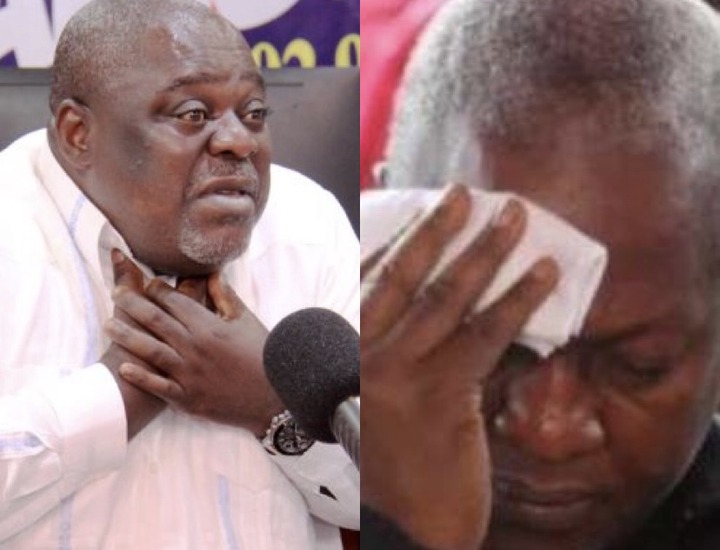 The former general secretary for the national democratic congress could be facing legal suites and get thrown into a legal battle if these comments are taken seriously by the former president, his excellency John Dramani Mahama.

Mahama has been in a tensed brawl with Koku Anyidoho even though he has refused to pay attention to him for some time now. This has not stopped Koku from coming at him and unleashing his anger for whatsoever reason it could be on him.

Koku Anyidoho has stated today that he was a witness to an abuse on former president, the late John Evans Atta-Mills. This is the newest among many accusations against the former president. 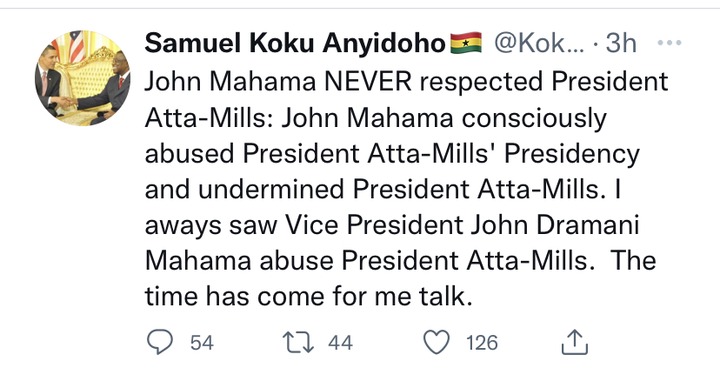 Koku Anyidoho might be having the privilege that comes with the freedom of speech but has crossed his limit in probably denting the image of the former president. Mahama might not press any legal charges but these comments when continued in a world where Ndc is in power can land him in serious defamatory troubles.