By Famous_News (self meida writer) | 11 days 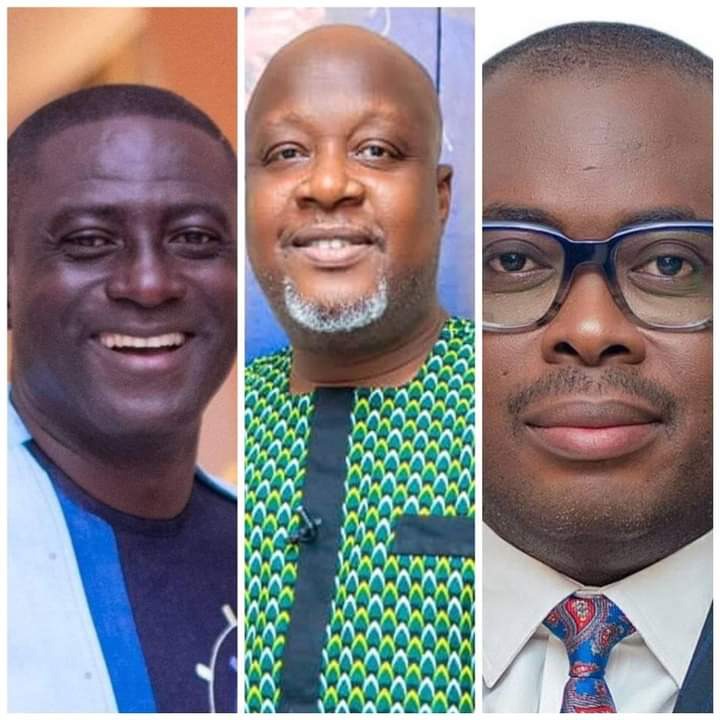 They raised a lot of serious questions about what President Nana Akufo-Addo has done. They questioned that could this be the way NPP is preparing the media towards 2024 elections? They made a lot of comments about the appointment and clarify somethings in their message.

According to Twin's TV, the supposed watch dogs for the country are now accepting Political appointment from Politicians which they don't understand. They questioned again that are there no any Ghanaians who are qualified for those positions giving to Kwame Sefa Kayi, Paul Adom Otchere and Captain Smart?

They further asked that what do these three Journalists do to deserve such appointments?

SUPPOSED WATCHDOGS NOW PART OF THE NEPOTISTIC GOVERNMENT OF AKUFFO-ADDO‼️‼️‼️

The Ghanaian politics is known to be highly antagonistic with the "winner takes it all" approach of governance. When a party wins power, it lays off all government appointees of the former government and appoints its own party members to the now vacant positions. This has been the political trend since the 4th republic (1992).

The Ghanaian media, just as the youth and the people of Ghana, is known to be highly politically polarized as confirmed by the EU observers following the 2020 elections in Ghana.

To make things worse, veteran journalists who are supposed to be politically neutral are now boldly showing their political colors by accepting political appointments by the president Nana Addo.

Ghanaians are worried about the future of the country, the youth and our politics.

Captain Smart who claims that the NPP government was the cause of his suspension from his former workplace, Angel fm and who is now working with Onua TV and Onua fm, recently affirmed in a Facebook live monitored by The Twin's TV that he was appointed as the Ambassador of the Ghana Fire Service in a heated response to host of the Seat talk show on Net 2 TV. Click here to watch the full video

Kwame Sefa Kayi, popularly known as Chairman General, one of the most popular broadcasters in Ghana working with Despite Media, was recently also sworn in as a member of the National Petroleum Authority's Board.

Paul Adom Otchere, a very controversial journalist who has recently been noted for speaking harshly against the opposition party NDC has just also been appointed as the Chairman of the Board of the Ghana Airports Authority.

Could this be the NPP's way of preparing the ground for using the media in 2024 to their advantage?

The Twin's TV has 2 questions to asks:

1. What did these journalists do to deserve these appointments?

2. Are there no other Ghanaians who are qualified for the positions?" Twin's TV shared today, Saturday, 11th September, 2021 on their social media wall.