By BATACH (self meida writer) | 5 months 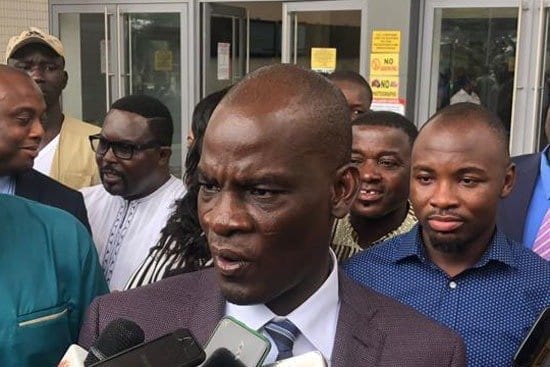 Who becomes majority in parliament has been the highly talked about issue, both on the political scene and in the homes of many.

It has been circulating in the news as both NDC and NPP have been charging an agenda of been the majority in parliament using different constitutional analogies.

The minority leader Haruna Iddrisu has hinted that the ruling New Patriotic Party is no way the majority in parliament.

The NPP has been in high hopes after the member of parliament for Fomena constituency wrote to the speaker of parliament instituting the fact that he will be doing parliamentary business with the ruling government NPP.

It has been an agenda of both NDC and NPP to sit at the right hand side of the speaker of parliament signifying the majority bench.

The NDC have been in high spirit in contesting few seats hoping to overturn the results declared at those constituencies.

Haruna Iddrisu has been in the news for various reasons and these has been another claim made by him whiles in parliament.

Speaking at press conference in Parliament on Thursday January 14, Haruna Iddrisu who is also MP for Tamale South said “We have heard that the Fomena MP, who is the only independent MP has written to the Speaker and I am quoting verbatim from his text that ‘I shall, for the purposes of transacting business in the House associate with the NPP.’ Get the words, he did not say ‘I am joining the NPP’.”

Because all the Fomena MP said was ‘I will cooperate and collaborate’ and that is different from joining,” he cautioned.

Tomorrow will be the deciding factor as parliament resumes it's first seating for the 8th house.

Who becomes majority in parliament will surely be decided after deliberations.