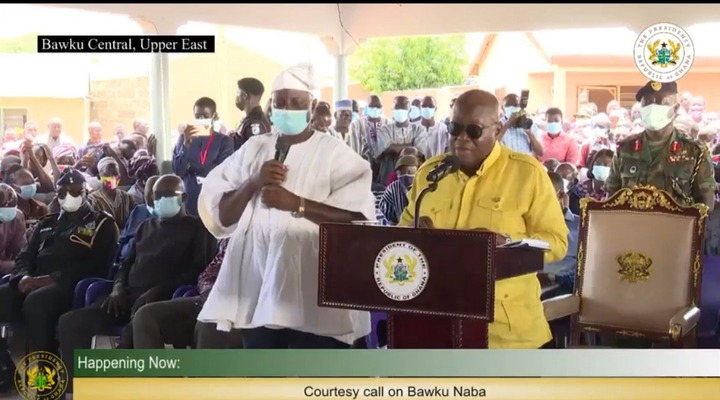 The President, Nana Addo Danquah Akufo-Addo is currently on a tour in the Upper East Region. Today, Monday, June 21, 2021 he visited the palace of the Bawku Naba, Naba Azoka II. In a speech read on behalf of the present Naba, the king called for the government to take a look at improving the health centers in the area. There were also calls made for the expansion of electricity to parts of Bawku so as to provide employment. 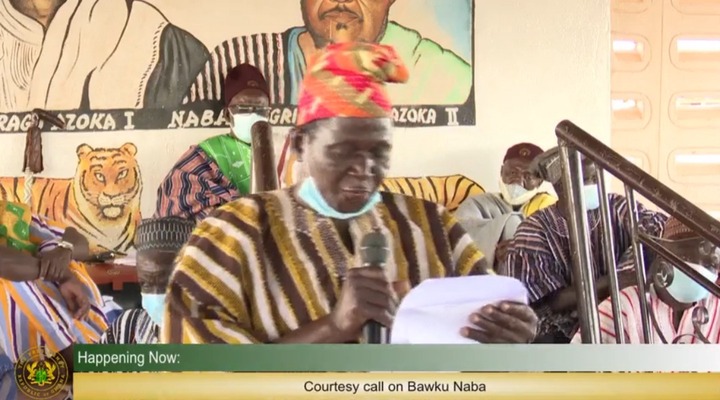 One of the key points raised was the demand for the division of Bawku West and Central. According to the Naba, he had made several efforts to Akufo-Addo to get this division and yet nothing had been done so far. He thus called on the president to do this before leaving office

“We have made repeated calls for government to consider splitting the Bawku West constituency into two because of its vast land size and population. We are yet to see the light at the end of the tunnel during the tenure of your office. This will go a long way to bridge the desired effect. While this pending, we also see the need for the Bawku Central constituency to be split into two for its huge population leading to the creation of a region in the not too distant future. Mr. President, I want to take that again” 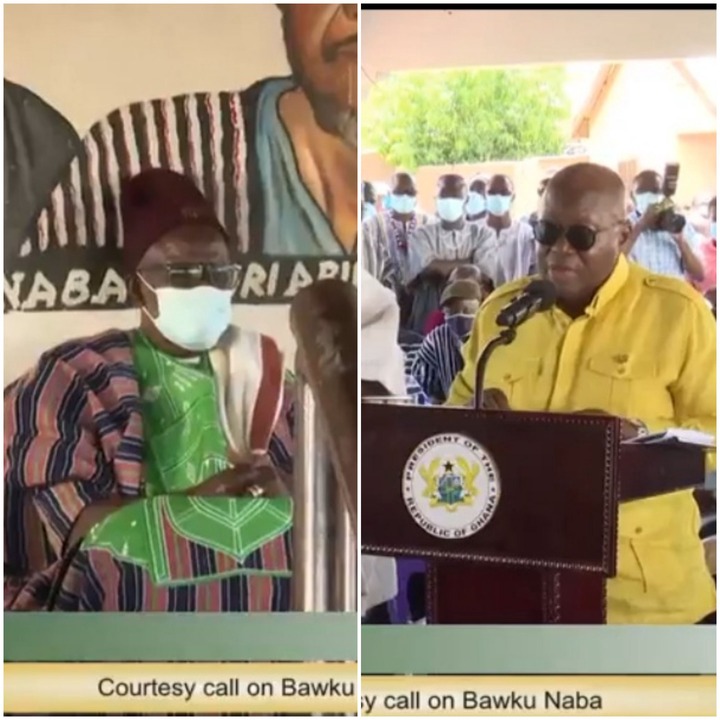 The President on his part thanked the people and Naba of the area for solidly standing behind the NPP and ensuring that the party become the favorite of everyone in the area. He noted that he will look into the issues brought and ensure that in the end the area receives her share of the national cake.

If You're Feeling Sad Or Depressed, See 5 Foods That Can Help Improve Your Mood