By Lawrinda (self media writer) | 8 days ago 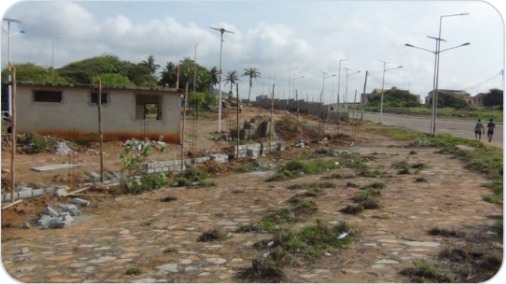 The founder and head of the Atta-Mills Institute, and a former Deputy Secretary of the National Democratic Congress (NDC), Mr Koku Anyidoho is showing Ghanaians how horrible the Asomdwee Park looked under the administration of John Dramani Mahama.

"This is how horrible Asomdwee Park looked like under John Dramani Mahama."

According him, considering how horrible the place looked, was it a crime on his part, as the head of Atta-Mills Institute, to beg His Excellency, Nana Addo Dankwa Akufo-Addo, to give a facelift to Asomdwee Park?

"Is it a crime for Atta-Mills Institute to BEG President Akufo-Addo to build Asomdwee Park?"

Koku further questioned Ghanaians if he has ever insulted the former President and the flagbearer of the NDC, John Dramani Mahama via his twitter posts?

For him, he only asked a harmless question about Mahama's refusal to build the Asomdwee Park, and he does not see that as an insult.

In his twitter post on Saturday August 6, he categorically stated that "Have I ever insulted anyone via,my tweets? If I state the fact that, John Mahama REFUSED to build Asomdwee Park; is it an, insult?"

Apparently, what baffles Mr Anyidoho is whether John Dramani Mahama is bigger than Ghana because he feels there are some legitimate questions that must be answered by him but no one has asked them.

He metion the fact that no one has asked why JM refused to put Asomdwee Park in a good shape after being a president for four and half years.

He quizzed again about how nobody has asked about the reason for which John Dramani Mahama snubbed the State Protocol invite to join 24th July Event? 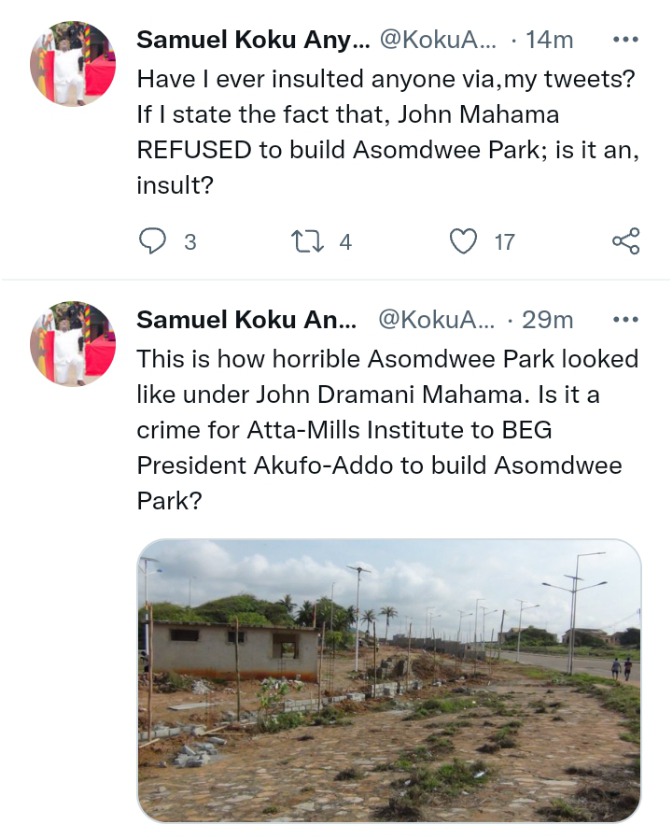