Launch of a network to promote inclusive democracy in West Africa

In order to mobilize, organize, and harness the collective strength of civil society and other pro-democracy groups to protect and develop inclusive democracy in the West African area, the Centre for Democratic Development (CDD-Ghana) has established a transnational democracy solidarity network. 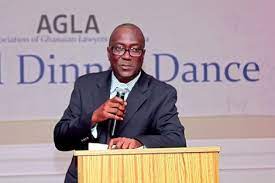 The West Africa Democracy Solidarity Network (WADEMOS) was created in reaction to indications of a return to dictatorship and democratic backsliding in the area.

"Countering Threats to Democracy in West Africa" was the theme of the network's inauguration last Thursday in Accra.

Among other things, it aims to strengthen ties between the many pro-democracy civil society organizations and other civic players in West Africa and to mobilize and promote group action.

Additionally, it will generate and share data and analyses to aid in the promotion of democracy activism in the area.

Prof. H. Kwasi Prempeh, the WADEMOS project director and executive director of CDD-Ghana, remarked that the region's people are extremely concerned about the region's democratic backsliding, which is a big setback for the continent. He claimed that jihadists and other violent extremists were already posing serious security and national cohesion difficulties in the area, particularly in Mali, Niger, Burkina Faso, and Nigeria.

He warned that the region would suffer if democracy continued to deteriorate and there was a chance that it would collapse in a few more countries.

In addition to national and regional authorities, Prof. Prempeh emphasized the importance of civil society actors in order to stop the democratic backsliding and revive the region's leadership in advancing democratic values.

In order to confront new and ongoing dangers to democracy in the area, he said that the network would collaborate with the Economic Community of West African States (ECOWAS).

According to Thomas Mbomba, the Deputy Minister of Foreign Affairs and Regional Integration, the network's debut was timely and suitable in view of recent events in West Africa, which included the violation of constitutional law in some of the region's countries.

He asserted that Ghana was devoted to the values of democracy, peace and security, rule of law, and economic development as an active member of ECOWAS and a member of the UN Security Council.

He asserted that these common ideals were necessary for egalitarian and inclusive growth.

With this initiative, Mr. Mbomba expressed confidence that the group's members would be able to mobilize, coordinate, and use the power of all pro-democracy actors, including interactions with regional organizations, in the hopes and expectations that democracy could be defended, revitalized, and improved.

Therefore, he applauded the CDD-Ghana for taking the initiative and making it a reality.