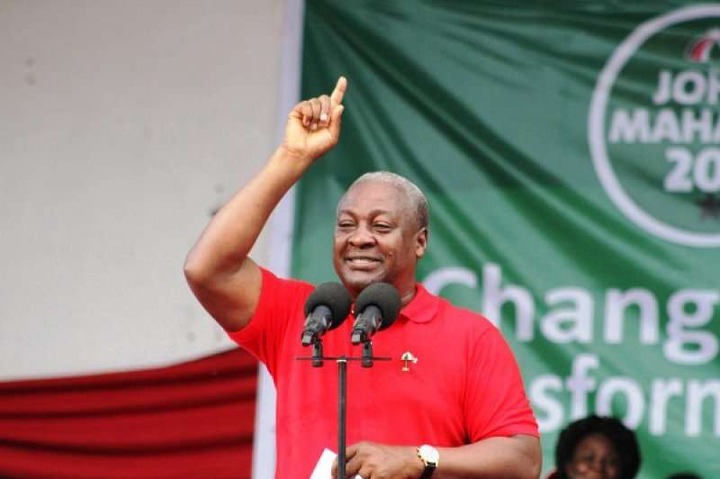 Former President Mahama has no substitute, Edudzi Tamakloe argued on Okay FM as he diffuses calls for a new presidential candidate to lead the National Democratic Congress in the 2024 election. Mr Tamakloe who is recognized as an Aide for the former President added that, it would be a terrible mistake to have John Mahama shoved from the presidential ticket.

Explaining further on the need to retain Mr Mahama, the Spokesperson said the record of experience and accomplishment of the former President is unmatched. He stressed that it is weird for any person in the party to compare Mr Mahama to a presidential candidate hopeful who has not even experienced an assembly election in his life.

That was complete, a heavy punch to the main contenders of Mr Mahama, and this remark could stress heated arguments weighted against the former President’s presidential bid. But Mr Tamakloe justified that it makes great sense for party people to reckon with the gains John Mahama made in the past elections and grant him another chance to wrestle power from the New Patriotic Party (NPP).

“For someone with vast political experience…and have in the recent election amassed 6.2 million votes can’t be substituted. Why call for him to be abandoned for a new candidate…someone who hadn’t contested even an assemblyman election in his life? Will you do that? Mahama cannot be substituted. That cannot happen” he told Kwame Nkrumah Tikese in an interview this morning.

He continued that the former President has been the most advertised candidate among the lot in the NDC for the flagbearer-ship, adding that his alliance with the party leadership and grassroots coupled with the enviable record of achievement in his past administration makes him the ultimate choice to lead the party. Mr Tamakloe noted that their major political opponent, the NPP, shall be filling a new candidate for the election and that with Mr Mahama already established and recognized by the Ghanaian people, victory will surely be the NDC’s portion in 2024.