An activist of the opposition National Democratic Congress (NDC), Dela Coffie has quizzed why the WILL of the late NPP's Kwadwo Owusu Afriyie (Sir John) should become a subject of public discourse. 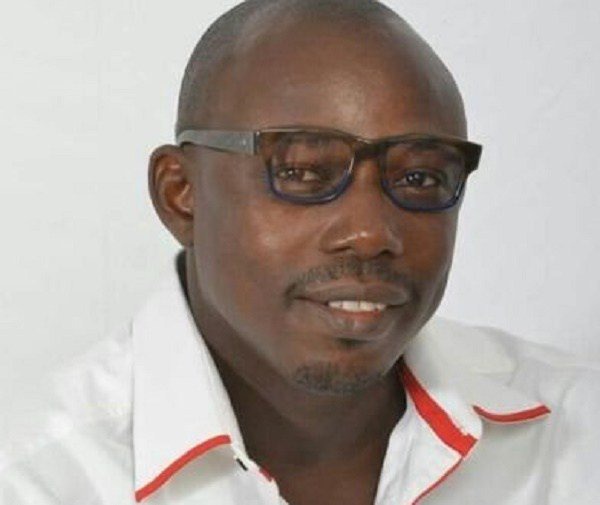 He asserted that Sir John was a well accomplished man after occupying top positions in his party and the government and so why can't he afford to own a couple of properties.

In a post shared on the official Facebook page of Dela Coffie on Tuesday, 24th May 2022 he wrote;

"So, why is Sir John's Will a subject of public discourse? 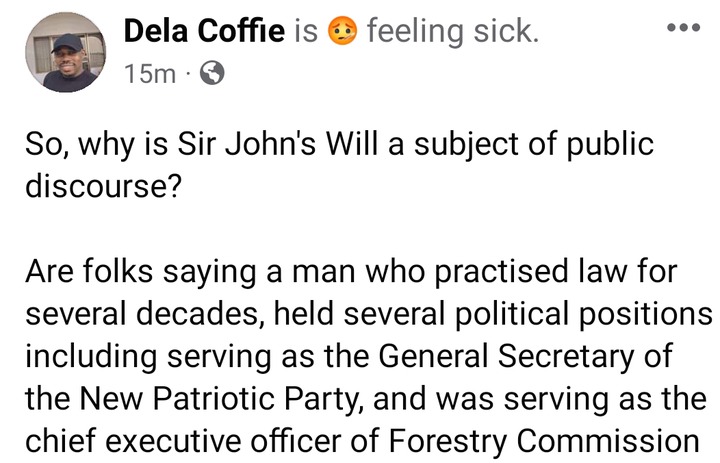 Are folks saying a man who practised law for several decades, held several political positions including serving as the General Secretary of the New Patriotic Party, and was serving as the chief executive officer of Forestry Commission of Ghana before his demise can't afford to own a couple of properties here and there?

The comments of Dela comes as a background to the WILL of Sir John which has become a matter of public scrutiny. Many Ghanaians have commented on the many properties left behind by Sir John.

Many are much particular about how Sir John could own a land at the Achimota forest reserve which was not declassified before his death in 2020. 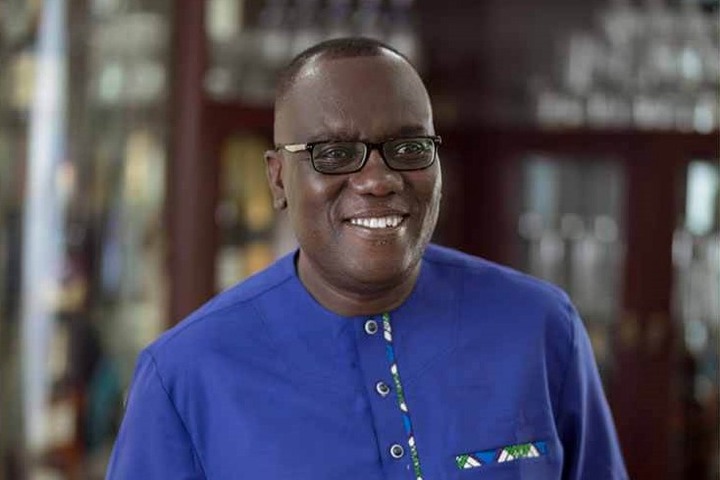 On page 4 of the will, Kwadwo Owusu Afriyie, whose office was situated at the Achimota Forest until his death, states:

“I give my land situate at the Achimota Forest in the name of Jakaypro Limited and measuring 5.541 acres to the following persons forever.