The Rise Of Bobi Wine From Ghetto To Parliament.

By Yondaclinz (self media writer) | 1 year ago 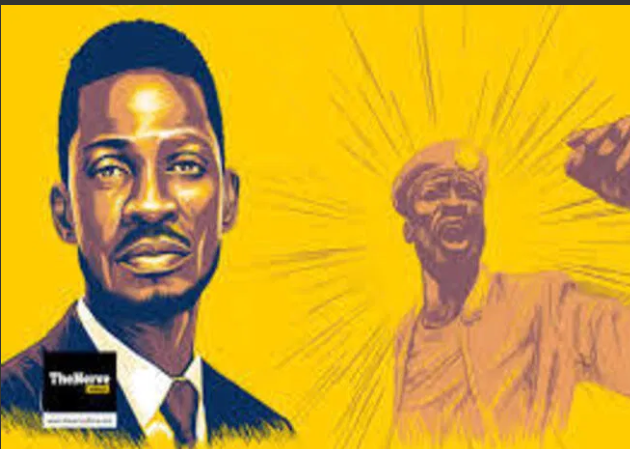 The rise of Bobi Wine from Ghetto Artiste to Presidential Candidate in Uganda is one of the most intriguing and important stories in African and modern world History today.

Born on 12 February 1982, Robert Kyagulanyi Ssentamu AKA Bobi Wine has risen to prominence from the Slums of Uganda to Parliament which saw him eventually contest the Ugandan Presidential Election in 2021.

The rise of Bobi Wine can be traced to the start of his career as a Reggae/Dancehall Musician whose conscious lyrics depicted the everyday harsh realities and class divisions of modern-day Post-Colonial Uganda within the context of Corruption, Globalization and the effect of World Bank imposed austerity reforms on Third World countries in Africa and other regions like Latin America.

In addition to his success in Music, Bobi Wine also had a talent for acting which saw him cast in lead roles in several popular African films.

Through his music, Bobi Wine always aimed to transform Society.

As a result, the rise of Bobi Wine represents one of the few instances in World History where a Musician has transitioned from the realm of Popular Culture to Real Politik.

In a sense, Bobi Wine embodies the self-actualization Artists like Tupac Shakur and Bob Marley aspired to because Bobi Wine has entered the realm of Parliamentary Politics in pursuit of the visions and goals espoused in his music.

Bobi Wine’s ascendancy in Politics began in earnest in April 2017 when he entered the Parliamentary race for election as a representative of Kyadondo County East Constituency.

Bobi Wine took the Constituency following a Campaign that enjoyed popular support both in Uganda and abroad.

The rise of Bobi Wine nevertheless threatens to upend the Military Dictatorship of current President Yoweri Museveni who has been President of Uganda since 1986.

As a result, Bobi Wine has clashed with the Ugandan Government starting with the August 2018 Kassiano Wadri incident in Arua district in which the President’s motorcade was attacked leading to clashes between security forces and protesters.

Bobi Wine would later accuse the Police of shooting at his vehicle and killing his driver because he supported the Opposition candidate in Arua.

An arrest for the unlawful possession of firearms and incitement to violence for which Bobi Wine appeared before a Ugandan Military Court soon followed.

The charges were later dismissed, and the incidents only brought the spotlight on the repressive approach of the Ugandan Government, boosting Bobi Wine’s popularity and credibility even more.

Amidst the arrest, imprisonment, and torture, Bobi Wine would confront Uganda’s Dictatorship once again as the incumbent President Museveni sought to extend his Presidential term by amending the Ugandan Constitution to allow him to contest the forthcoming 2021 Elections.

Bobi Wine embarked on a furious campaign of Opposition to this Constitutional amendment which provoked a Constitutional Crisis in Uganda as it pitted the old Conservative forces of Museveni’s Dictatorship and the voices of reform in Uganda represented by Bobi Wine.

It was only after a Military standoff in Uganda’s Parliament following a resistance Campaign orchestrated by Bobi Wine that the Amendment was passed.

However, the Constitutional Amendment that would allow Yoweri Museveni to contest the 2021 election lacked democratic legitimacy because the amendment was passed only after the President had brought Security forces into Parliament to arrest and detain Opposition Leaders like Bobi Wine.

The Presidential campaign was marred by violence and repression from Uganda’s Security forces who sought to frustrate Bobi Wine’s campaign and rise to the Ugandan Presidency.

There were a series of confrontations and arrests including one which resulted in the death of Bobi Wine’s Bodyguard in December 2020 at the hands of Uganda’s Military Police.

Nevertheless, on 16 January 2021, the Ugandan Electoral Commission announced that the incumbent President Yoweri Museveni had won the Election.

Before the announcement, a well-coordinated repression campaign to ‘contain’ Bobi Wine was orchestrated by the Ugandan Government which saw Bobi Wine placed under house arrest on 15 January, the day before the contested election results would be announced.

Unsurprisingly, Bobi Wine and the progressive reform movement in Uganda has not accepted the Election results describing the results as flawed and the most fraudulent in History.

There is currently a challenge to the 2021 Presidential Election pending before the Ugandan Courts.

It remains to be seen whether President Museveni will permanently thwart the rise of Bobi Wine.

Ultimately Bobi Wine’s voice is one of the loudest in the chorus of African voices calling to the end of Dictatorships and highlighting the need for true Democratic reform as an effective way to address the challenges posed by Corruption, Poverty, and Globalization in Post-Colonial Africa today.

Bobi Wine is married to Barbara Itungo and they have four children together.