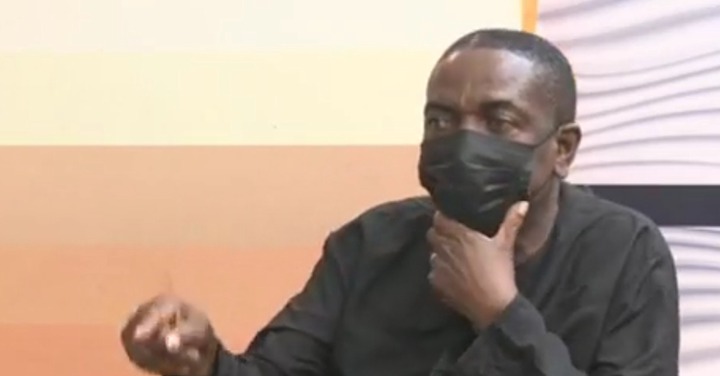 Renowned Ghanaian journalist, Mr. Kwesi Pratt Junior has alleged that some political big shots in the country are involved in galamsey.

According to him it is a big worry when politicians pretend to be fighting against galamsey in this country. Mr. Kwesi Pratt Junior remarked on Pan African Television’s Alhaji and Alhaji political program this Saturday, April 17, 2021.

A worried Mr. Kwesi Pratt is particularly concerned about the numerous dialogues to fight against galamsey in Ghana.

He says one of such dialogues was organized four years ago but it outcome yielded no positive result. Mr. Kwesi Pratt Junior adds that there are politicians from both the National Democratic Congress and the New Patriotic Party involved in galamsey.

He says the community people who used to indulge in galamsey have now been forced to step aside for politicians to take over.

“Right now what is happening in the mining sector is shocking. Nobody can convince me that if you look at the galamsey all of these political parties are not part of it. Everybody is in there and that is the worry. Except that one of the political parties has a greater advantage than the other. That is the only problem. The indigenous people who were initially getting money in the galamsey have been driven out and replaced by party big shots. That’s why there is so much anger at the base”. Mr. Kwesi Pratt Junior indicated.

He was unable to mention names of the political big shots who are involved But Mr. Kwesi Pratt Junior indicated that mining must be well regulated in Ghana.

“There were all kinds of dialogues on galamsey four years ago. After four years there is another dialogue. Now we don’t know what happened to the first dialogue. Progress must be made in ensuring that mining is sustainable. That is why dialogue is everywhere you pass. The issue is about how to regulate mining so that it does not become dangerous to human health”. He added.

Mr. Kwesi Pratt Junior implored the Minister for Lands and Natural Resources to stay up to the task and ensure the galamsey menace ends once and for all. He adds that Samuel Abu Jinapor has a lot of energy to overcome the fight.

“There has been a significant change in this dialogue. The old people are off and new people are in. The change in leadership is that the President has noticed that those in whose hands the initial fight was entrusted have failed. The new minister has a lot of energy. I want to believe that he will bring that energy to bear on this struggle and genuinely consult all stakeholders. It will be possible to win this fight. His drive and energy must be applied at all time”. Mr. Kwesi Pratt Junior added.