Kwame Baffoe, popularly known as Abronye DC, is the Bono Regional Chairman and a communicator for the New Patriotic Party. He was the former youth organizer of the defunct Brong Ahafo Region of the NPP. Abronye is popular on Twi-speaking radio stations and always makes the work of the NDC very difficult. He is famously known for always attacking the National Democratic Congress and John Mahama with his words and has been responsible for several controversies in the media. 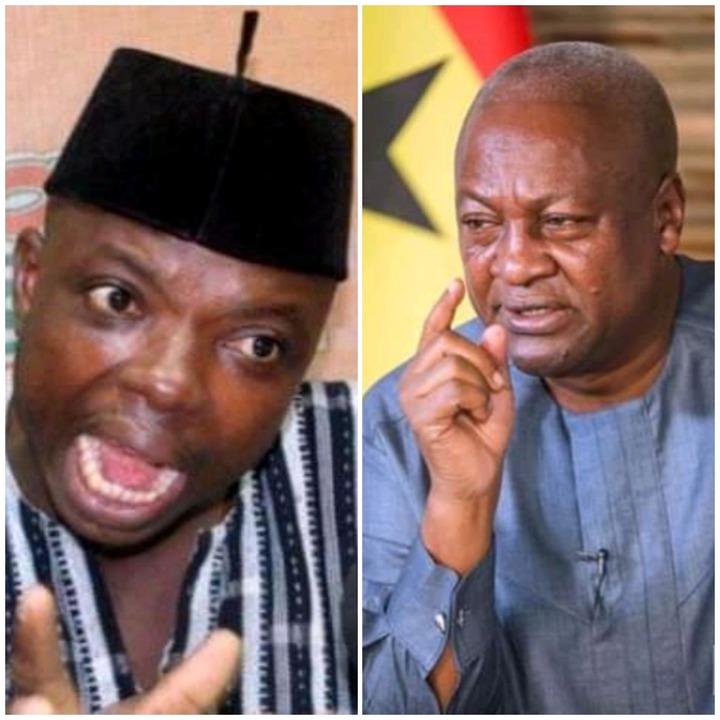 His harsh comments and his style of arguing make him fun to watch. On his talk show , Abronye said Ghanaians should thank Bawumia and Ofori Atta for removing the clause the NDC left during power. The communicator claims the former president, John Dramani Mahama, went for a nine-year agreement and borrowed money of about 104 billion Ghana cedis, and it was this money he was using to build infrastructure and also try to implement the free education system. He also revealed that during the time of Mahama, people were going to the SSNIT office to sign forms and take the pension fees for pensioners who were dead, which made the country run at a very big loss of 320 million Ghana Cedis. The NDC already run the country at a loss before the office of President Akuffo Addo. But the president tried his best to solve many of the crises during his four years. The chairman added that the opposition was not able to be exposed earlier due to COVID-19 and the Russia-Ukraine war. Due to the clause being removed by Mamud Bawumia and Ofori Atta, the minority were in the motion in parliament to sack Ofori Atta from office. He concluded that President Akuffo Addo is really doing well because he struggled to pay some of the debt left by the opposition party. What are your views? Follow me for more.