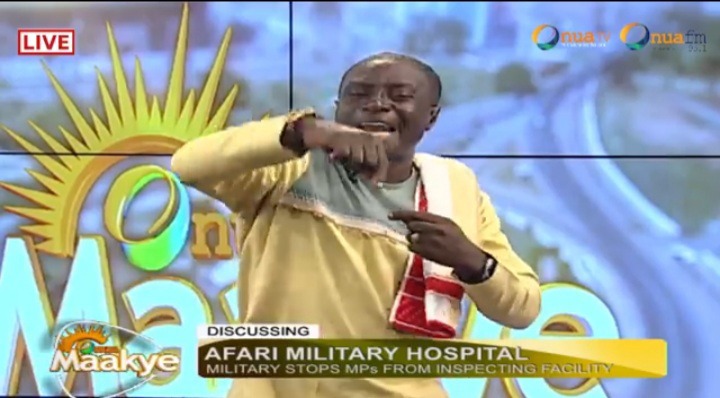 Popular Ghanaian TV presenter, self acclaimed anti-corruption campaigner and host of the Onua Maakye show, Captain Smart has issued a bold statement to some Minority Members of Parliament over the recent Afari Military Hospital brouhaha. Captain has angrily descended on the MPs on their failure to confront the military men detached at the construction station.

His comments follow after some MPs from the Minority Caucus in Parliament stormed the site for the construction of the ongoing Afari Military Hospital for inspection. In turn of events, these MPs were prohibited by some strong personnel from the armed forces. The clash resulted in a verbal banter and the MPs and cameramen were stopped from taking pictures and videos of the site.

Captain Smart Smart reacting to the aforementioned issue has registered his resentment and described the NDC MPs as cowards and hypocrites. According to him, the hospital is long overdue and it needed to have been finished under the administration of the NDC. He indicated that, Ghana is failing to progress because the leaders put politics and political parties above the country. 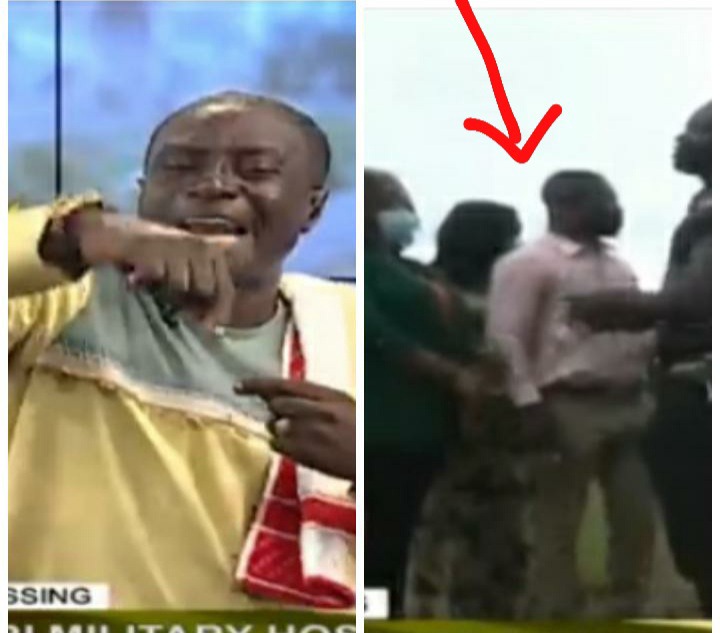 Speaking on the "rant" edition of his televised show, he alleged that he has received information that he will be sued at court for his comments on the brouhaha. In clearer terms, the firebrand broadcaster dared the lawmakers to sue him if they are men. He lampooned the leader of the Committee and called his cohort "cowards," in what he described as a "lost fight."

He said, "I get sick every day when I hear issues like these. How are we growing our country? When did this hospital's construction began and how far has it gone? Yet, you will get people who wants to sue you. Your Deputy Defense Minister was stammering over there. I am waiting for any Minister who is bold enough to send me to Court. I am waiting let's meet in court."