NDC’s Allegations Of Corruption Is A Pack Of Lies; Allotey Jacob Knows Their Agenda- Nana Akomea 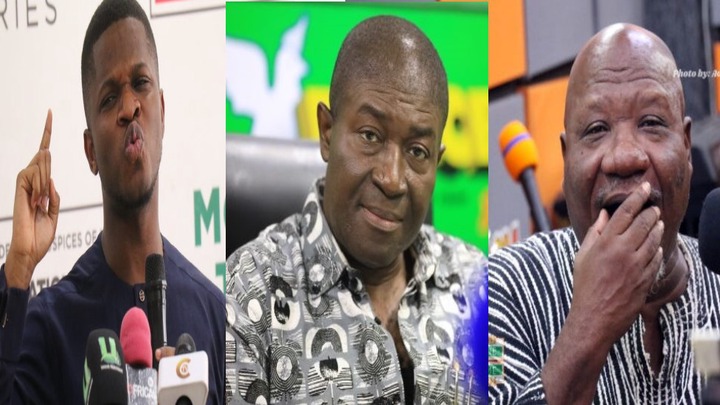 A former Communications Director for the governing New Patriotic Party (NPP) Nana Akomea has rubbished corruption allegations leveled against the Akufo-Addo government. According to him, the opposition National Democratic Congress (NDC) is known to be a party of propaganda and deceitful politicking since its inception.

He indicated on Kokokroo show of Peace FM, that his claim has been espoused by Allotey Jacobs, a dispelled Central Regional Chairman of the NDC. Nana Akomea stressed that the admission of guilt by Allotey Jacobs for championing political propaganda in the NDC is enough reason to believe the party has not changed from its roots.

Commenting on the NDC’s press conference which was organized by the National Communications Officer, Sammy Gyamfi Esq., Nana Akomea posited that there is no element of truth in the allegations by the opposition party hence it must be discarded. He mentioned that all that was advertised is an outcome of their “usual meetings to cook lies about the government.”

He stressed that Allotey Jacobs is a living testimony to such propaganda, adding Ghanaians should be troubled nor heed to their words.

“Our siblings in the NDC only packed up lies about the government. They have propaganda machinery, and it has been an attribute about them. Their own Allotey Jacobs knows about this. That is what they are…propagandists.

“They will convene and cook lies about people. You should believe what Allotey Jacobs said about the party employing deceit in their communications. We must discard them. It’s a pack of lies,” he justified.

Nana Akomea retorted that the NDC is losing out on the debate for political credibility hence their desperate attempt to impugn the records of President Akufo-Addo and the NPP. He challenged the opposition party to speak on matters of economic development and transformation, adding that it is the only thing the Ghanaian desires.

Nana Akomea concluded by calling off the bluff of the NDC that they will go after ‘corrupt’ appointees of the government when they are voted in power come 2024. For him, the NDC is disillusioned.

He argued that the current government had outperformed any other despite the constraints imposed by the COVID-19 pandemic. He believes Ghanaians will ignore the propaganda and seek the truth about the Akufo-Addo government to make a decisive choice for the next political administration.