By Fruit4taught (self meida writer) | 26 days

The year 2000 came with its own drama and controversies. Among them was the sudden gush of fear which ran across the length and breadth of the country because of an alleged ‘prophesy’ that a big stone was heading the direction of the earth, hence sudden destruction and the end of the world. The anxiety was palpable.

Another major occurrence was the presidential election that year which saw the former long-serving leader Jerry Rawlings leave office after almost twenty years at the helm of affairs. A new government came into power and by the following year, there was quickly an arrangement to set up the National Reconciliation Commission whose objective was to address and heal wounds of past atrocities meted out to citizens during the various military regimes which took charge of the country.

Paramount among these regimes was the Provisional National Defense Council (PNDC) which was chaired by J.J. Rawlings.

Many witnesses were invited to testify on the various atrocities which were addressed. One of such was the gruesome murders of former allies of Chairman Rawlings who later became foes, Carlos Halidu Giwa and other soldiers at the Air Force Base at Accra.

Since his name came up often, the former president was invited by the commission to give his account. Like any other body of enquiry, he was offered the opportunity to select an item which represented his vouch to speak the truth.

Being a Catholic, he opted for the crucifix. In these shots we see what happened that day. 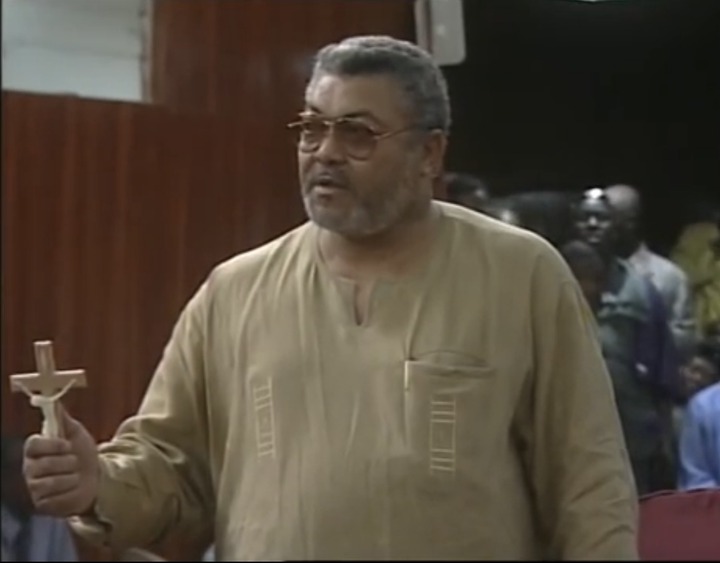 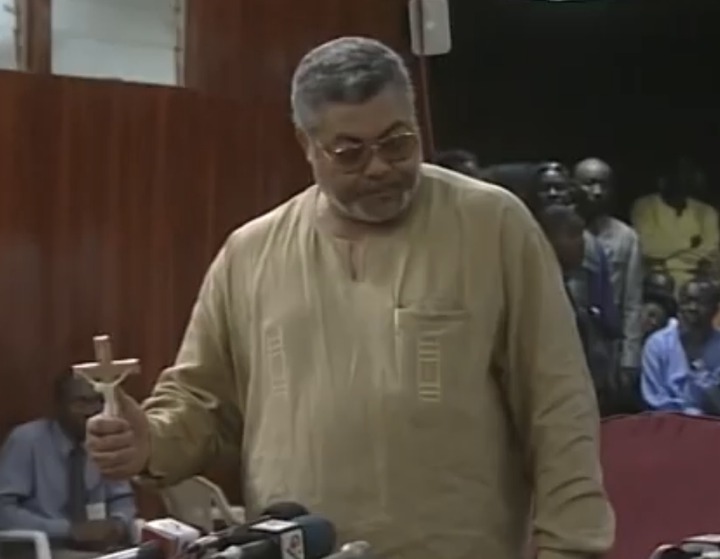 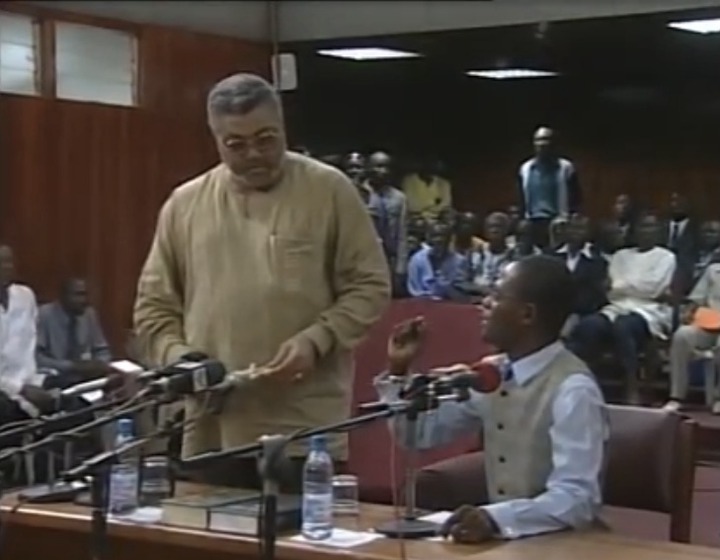