The Circumstances That Led To Kwame Nkrumah's Imprisonment

By SirYorm (self meida writer) | 29 days 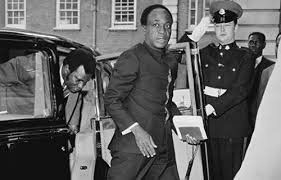 It is a sad fact that when it is said that Kwame Nkrumah was imprisoned, people tend to think it was due to something heinous he did. The path to independence wasn't an easy one, but a certain Kwame Nkrumah was ready to go an extra mile in order to grasp the emancipation the people of the Gold Coast so much desired. It has to be said that our foremost President and Prime minister was someone very clever, I say this on account of what I'm about to recount to you. The British convened a selected commission of middle-class Africans, including all of the Big Six except Nkrumah, to draft a new constitution that would give Ghana more self-government, a move which the British had decided to make use of in getting any form of opposition on their side. 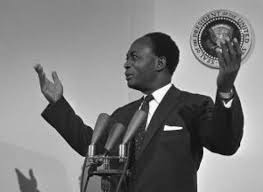 Nkrumah knew for a fact that the commission's recommendations would fall short of a full dominion status and so began to organise a series of political protests and strikes which he referred to as " Positive Action". Nkrumah demanded a constituent Assembly to write a constitution, but the then Governor, Charles Arden-Clarke would not consent to it. In view of this, Nkrumah then deployed his plan of Positive Action where there was a general strike. As positive and peaceful as he meant it to be, the strike had led to violence resulting in the arrest of Nkrumah and other CPP leaders on 22 January. Nkrumah was sentenced to a total of three years in prison, and was incarcerated with common criminals in Accra's Fort James. 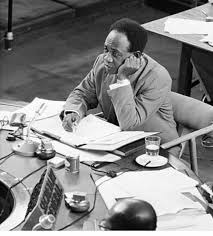 He would go on to influence events through smuggled notes written on toilet paper including insisting that the CPP contested all the seats available in the general elections which the British were to conduct. An election which would make him the foremost President and Prime minister of the Gold Coast.