Let's Have A Look At What People Of Guinea Are Saying About Rawlings After Mamady was Sworn In.

By Wolrdclassnews (self media writer) | 20 days ago 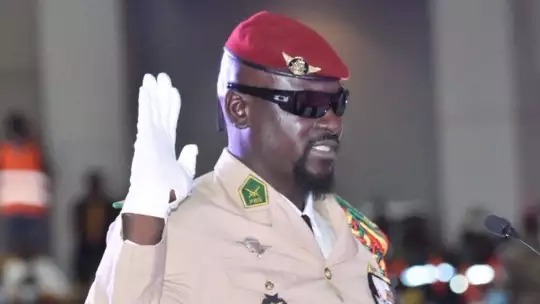 On 1st October 2021, the people of Guinea had their new interim leader swore in, Col. Mamady Doumbouya. This is after their former President Alpha Conde tried to change the content of their constitution to legitimize another term in office. He was removed from power one faithful Sunday and no amount of threat, warnings, and/or visitations from the African Union and Economic Community Of West African States was able to convince the military from handing power over to the civilian-constitutional regime.

After his swearing-in, many Ghanaians have shared their thoughts on the issue. However, one Guinean man posted that he really likes whatever is going on in their country. He said that, as people of Guinea, they trust in him based on the model that he has and he dreams to do like him, cleaning the country and making it a nice place where we Guineans can have the same chance. He thinks Mamady should follow former President Rawlings's footsteps.

Former President Rawlings and the PNDC organized a series of coups in Ghana in the bid of cleaning the system. Rawlings always hands over power after he deems it fit that the system is clean, He added

He explained that the former president Rawlings will retaliate if he suspects another foul play. Because of the frequent back and forth coups, he decided to form a political party and constitutionally contest the election to be president. Although he had his own shortcomings, he really had an impact on the political history of Ghana and no one can debate that.

Well, nobody knows the plan of Africa's second-youngest Interim President Mamady. The 41- year- old president is yet to declare his full intention for the whole world to know his plan for the country. However, one can tell the many Guineans love him already just like they love former late President Jerry John Rawlings, he stated.

Content created and supplied by: Wolrdclassnews (via Opera News )

Photos Of Models Flaunting Their Well Endowed Backside That Will Leave You Marveled.[PHOTOS]