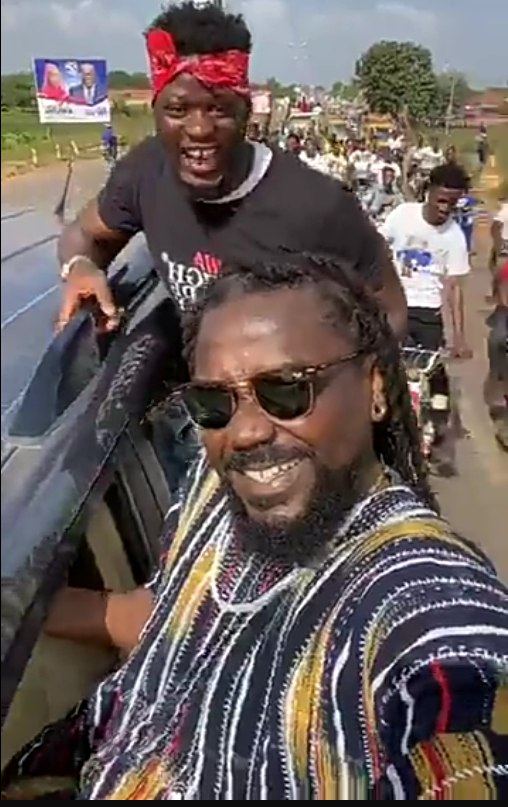 Dancehall Musician Emmanuel Samwini Known in the Showbiz Circle as Samini has thrown his support on the President, Nana Addo Dankwa Akufo-Addo, edging people to rally behind his 4 more to do more campaign message.

He kept a short video on his official facebook page with numerous achievements of the New Patriotic Party Government. President Akufo-Addo is seeking a second term in office after he was elected on the 7th of December 2016, he took office from Former President John Mahama on the 7th of January 2017.

The NPP took number 1 during the balloting exercise organized by the electoral commission whilst their main opponent, the NDC took number 2.

Some of the things spotted in the video posted by the dancehall act are the Ekumfi fruit juice factory and other infrastructure projects, Samini was singing at the background of the video and was overheard calling the President a Showboy in the song.

This was posted after he went live to announced his currently in Wa, Upper West Region to Observe the Dumba Festival.