By Allliveentnews (self meida writer) | 14 days

Wonders they say shall never end and truly there is no way unseen or unusual things or happenings will cease to occur. A viral video of a boy daring and asking the President to fix certain things in the country is causing several conflicting reactions. 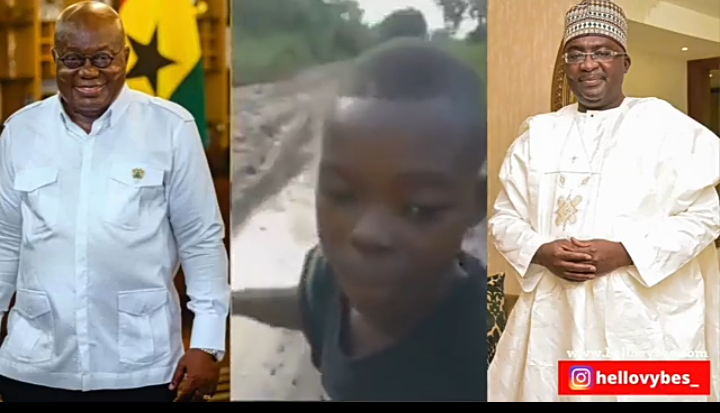 This circulating video of the small boy on social media confirms the fact that wonderful and unbelievable things will continue to happen no matter what happens.

In this viral video that was seen on Hello Vybes which is a Facebook platform, a young boy was seen and heard speaking to Ghanaians and leaders in the country for the unbearable pains he thinks Ghanaians are going through. 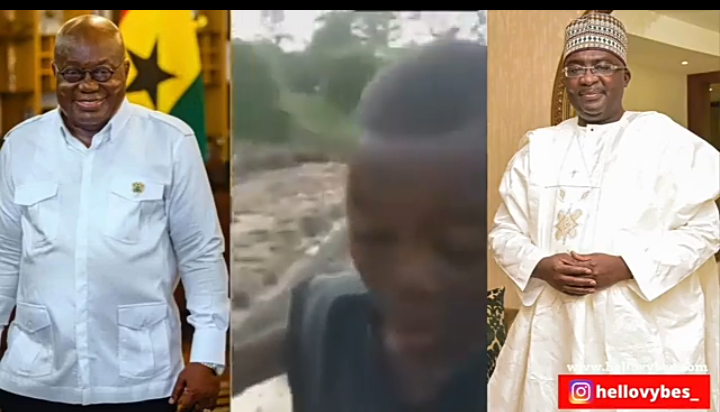 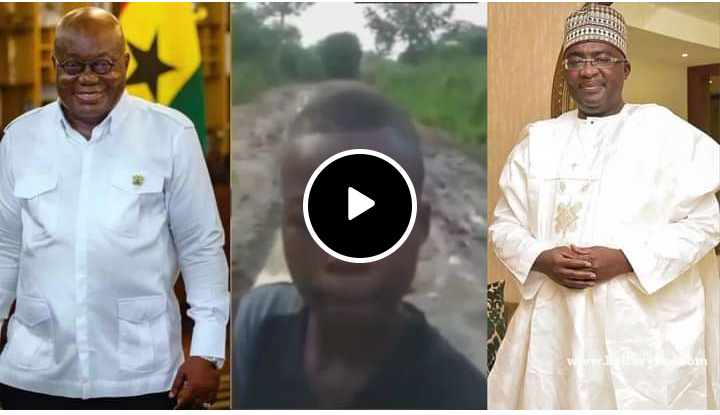 He started by revealing that he is very angry and serious. What is hurting him a lot is when people constantly speak against people fighting for people in the country to have a better life. He said when they say people are suffering other people say the otherwise they should come and have a view of how their road is destroyed. He also revealed, that the on which he is standing on is a main road that transport people to Kumasi and Accra and cars used the roads to transport cocoa to these towns.

In the video he said all these things behaving exactly like Twene Jonas who has also been speaking against some happenings in the the country from America. Also he went ahead to speak in favor of Ghanaian most popular journalist captain Smart. He said that those people saying they will take away Captain Smart's car should go ahead and do it besides he won't die if the car is taken and even if he dies he will come back. 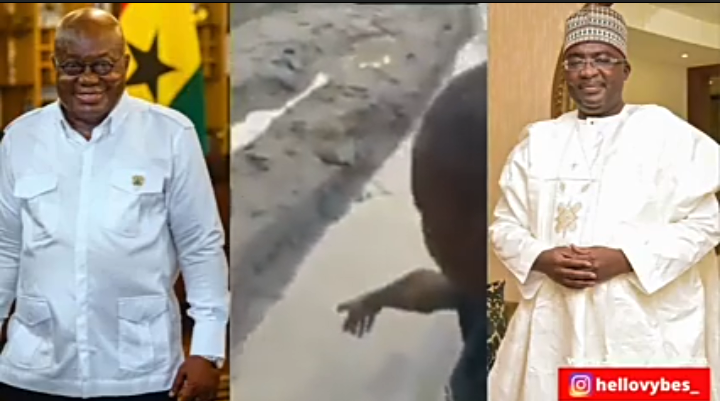 One thing that he said that got most people talking is when he dared the President Nana Akufo Addo. In the concluding part of the video he started by saying that, almost everyday we see and hear it on TV that children are being killed and he is pleading with Akufo Addo to solve this issue and come over to his Community to construct their road. He said, If Akufo Addo fails to solve this issue and construct their roads then, He Akufo Addo wants the future leaders to be destroyed.

Below is the video of the boy telling the President to fix their road and how he dared him.