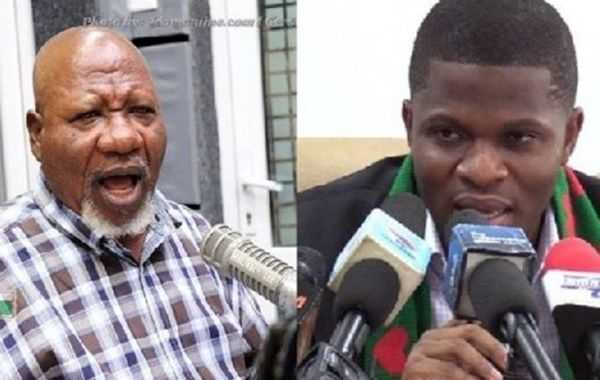 President Nana Addo was heckled by some attendees at the recently concluded Global Citizen Festival while he was giving a speech, according to Bernard Allotey Jacobs, a former chairman of the National Democratic Congress (NDC) for the Central Region. Jacobs claims this was done on purpose by his former political party.

Allotey Jacobs says that the NDC served as an inspiration for those who yelled "away" to remove the President from the podium.

When President Akufo-Addo gave that keynote speech at the 2022 Global Citizen Festival, attendees at Black Star Square booed and hooted him loudly.

The President spoke without incident while the audience chanted "Away!"

The National Democratic Congress (NDC) rapidly distanced itself from the incident when a portion of the public tried to implicate it.

The party claimed that what occurred on Saturday mirrored the "painful and discouraging circumstances Ghanaians are currently experiencing."

The NDC claimed it had nothing to do with the "embarrassment" in a news release that Sammy Gyamfi, the party's communications officer, signed.

However, the social commentator argued that the "NDC cannot distance itself from what happened at the global summit" when speaking to host Kwami Sefa Kayi on Peace FM's "Kokrokoo" program.

He claimed that the party is lying if they claim they had nothing to do with the President's unfortunate circumstances.

"I will tell you. They're telling lies. When you watch the film from every angle, you'll see that a small group of people organized blogs in the background while some young women clapped, booed, and yelled: "Away, away." You had no trouble seeing. "You will be able to see that this was properly planned even if you have lost one eye," he said.

Allotey accused the NDC of disrupting the president's address, saying, "You would know that some bloggers have been arranged behind the scenes merely to snap images and then create noise about it that is propaganda."

Allotey advised the leadership of the ruling New Patriotic Party (NPP) to be aware of the opposition party's ruse, explaining that the treatment given to the president by the patrons is all a part of the NDC's major political plot.

"It ought to serve as a reminder to the NPP...

There appear to be many members of the NPP leadership and a significant gap between them and their membership. There is a complete separation. "He counseled the NPP."