By Allliveentnews (self meida writer) | 29 days

National Democratic Congress former National deputy secretary, Mr Samuel Koku Anyidoho has been jabbed very hard for his consistent fights and use of harsh words at some important personalities in the Party. Koku Anyidoho has now proven that his expulsion from the National Democratic Congress party still hurt him and he will never stop throwing words at the Party's National Secretary, Johnson Kwadwo Asiedu Nketiah.

It is very painful that Mr Koku Anyidoho was expelled but that should not have influenced him to use unhealthy words against other top officials of the major opposition party in the country, NDC. 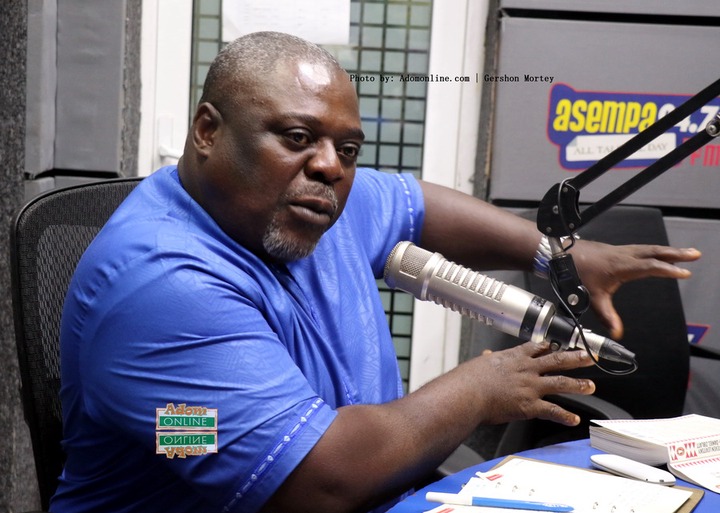 Koku Anyidoho has consistently gone hard on Mr Asiedu Nketiah for sometime now. For the past week, Koku Anyidoho has used his social media platform to throw harsh words at him. Earlier this week he posted that Mr Asiedu can never win any election in the party and he even told him he has bitten more than he can chew. 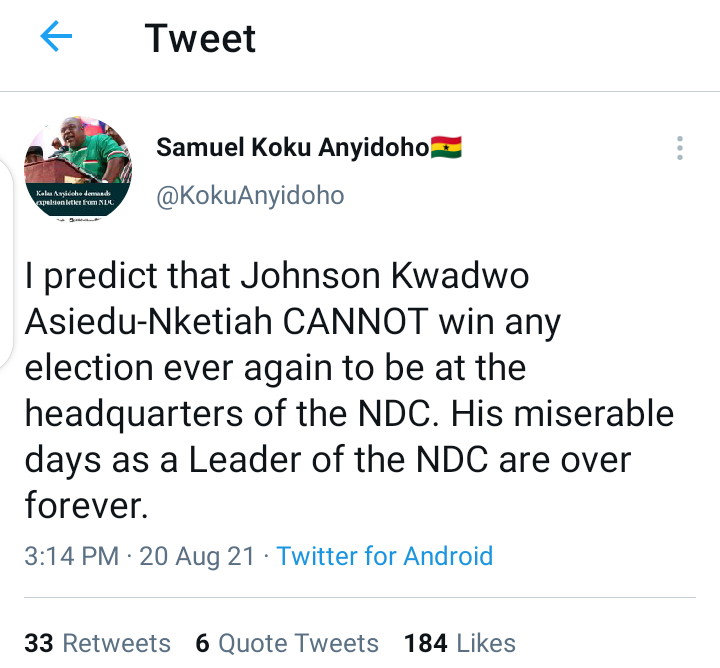 And just this afternoon he also said that, Mr Asiedu Nketiah made a big mistake to pick a senseless fight with him. 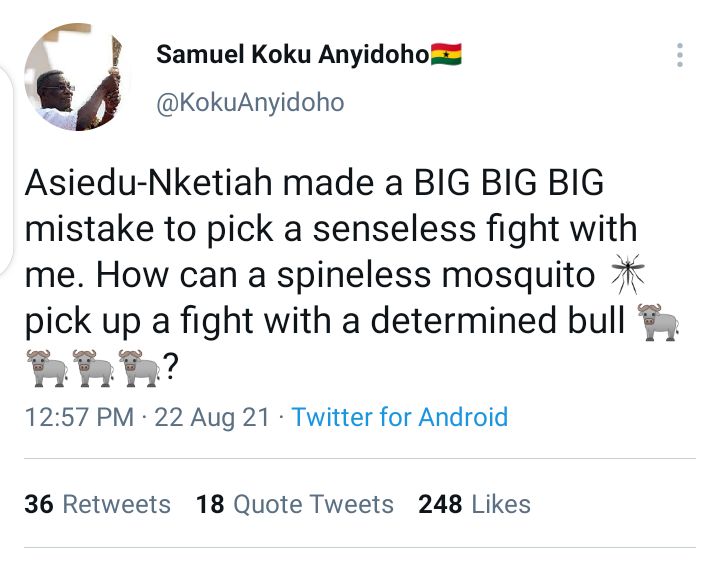 Even with all these posts that he has posted, Mr Asiedu Nketiah has not even uttered a word on any social media platform in retaliation to Koku Anyidoho messages. Also these mentioned posts are only but few from the expelled NDC guru.

But fortunately some people have angrily reacted to Mr Koku Anyidoho's harsh messages and fights with the NDCs and Asiedu Nketiah.

Netizens who seem concern about whatever that is happening with the NDC have commented angrily to Koku Anyidoho's consistent posts against the party.

One of fans or users on twitter told Koku Anyidoho to Ask Himself if Prof Mills would have done the same thing he has been doing at the moment. 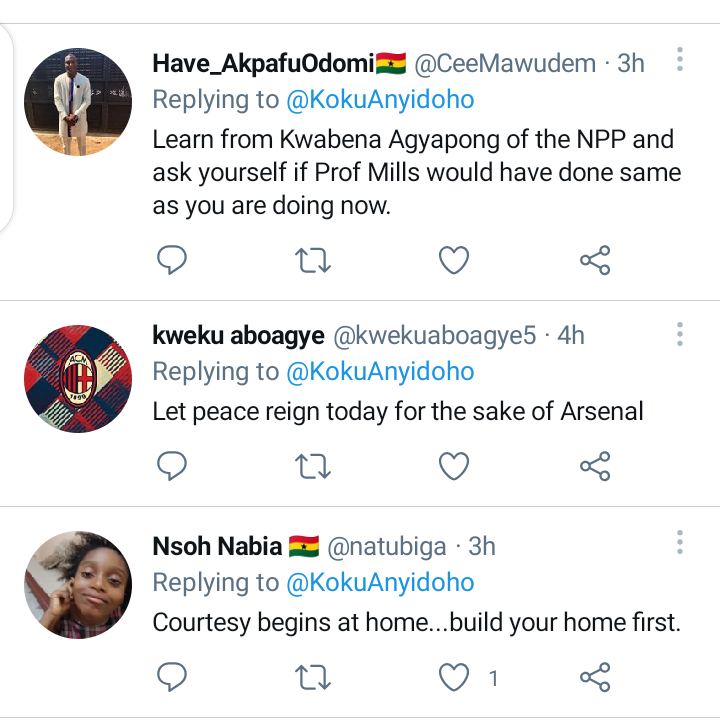 He might have asked him that because he knows Koku Anyidoho is a top fan of the former and late President John Atta Mills and he sees him as his role model.

Besides he mostly mentions his name and uses him as an example, so this netizen also used his role model to ask him the above question.

Guys, Are You Thinking She Is Double-dating? Here Are Clear Proofs