“Comport Yourself. You Are Not My Teacher” – Sammy Gyamfi Tells Pius Hadzide

By Still_Unbeatable (self meida writer) | 15 days

There were verbal exchanges between Sammy Gyamfi, the NDC National Communications Officer and Pius Hadzide, the former Deputy Minister of Information. The two panelists joined Lantam Papanko today, Wednesday, June 9, 2021 on GHToday. The panelists discussed the new Strategic Document adopted by the country during the commissioning of the new building for the National Security.

Apparently, the two panelists were a handful for Papanko to handle as they interjected each other on many occasions and had to be called to order. According to Sammy Gyamfi, most of the things adopted are not new and he doesn’t see anything new happening. He rather chose to bemoan the many taxes that the government has placed on Ghanaians.

According to him the government has been unfair to Ghanaians and needs to wake up. He pointed hands at Pius for being involved in embezzling funds. Pius didn’t take it lightly and maintained that he has been cleared of all charges. He went on to allege that Ibrahim Mahama does not pay taxes. This started a back and forth from both panelists. 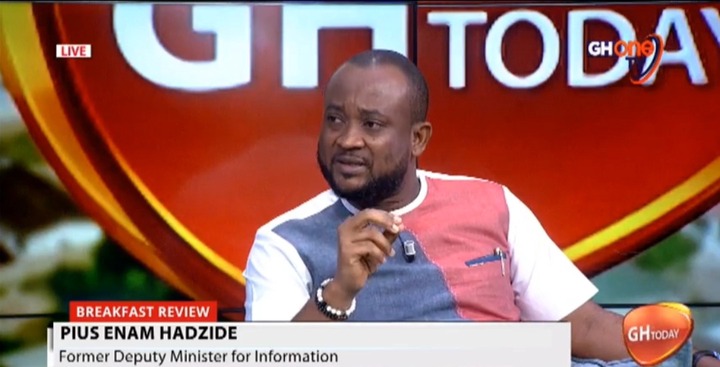 At least Ibrahim has created jobs for many Ghanaians and yet you say he doesn’t pay taxes? You a public official who turned himself into a visa racketeer and collected money and is under investigation. You were implicated” Sammy Gyamfi said. Pius rebutted and the host had to caution the panelists to stop interjecting. As Sammy Gyamfi continued his point, Pius came in again making Sammy furious and said, “Comport yourself. You are not my teacher”

The Days Of Worrying Of How To Get Rid Of Foul Smelling Blenders And Choppers Are Over, Check This.

6 Secrets To Growing Beautiful And Healthy Natural Hair: Check It Out Now.

Traders complain of increase in fuel prices affecting business, and shortage of foodstuffs

"You Can't Force The NDC To Obey The Law": Sammy Gyamfi Makes A Bold Statement