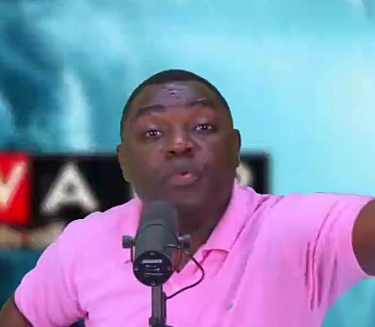 Per Kelvin Taylor's narration, George Opare Addo messaged him during December that he has arrived in the United States of America so he wanted to have a conversation with him. Kelvin Taylor disclosed that he did not reply the conversation. 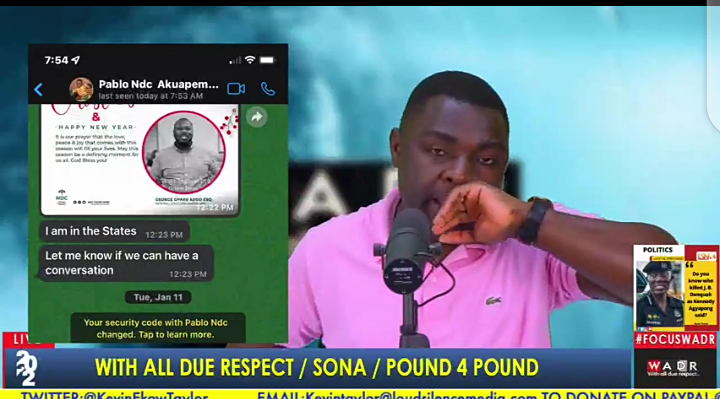 "Your agenda against me is still on. You will fail. I am sure Kwabena Duffour Jnr. is your friend. You can find out from him how many times I have not told him to tell his father not to contest. Your hatred for me knows no bound. Mind you, we all live in the USA together and if these unsubstantiated attacks on me continues, I will have no alternative than to bring legal action against you.

"I have been quiet not because I'm afraid of you but for the peace of the party. If it becomes necessary, I will sue you to clear my name.", he wrote. See screenshot. 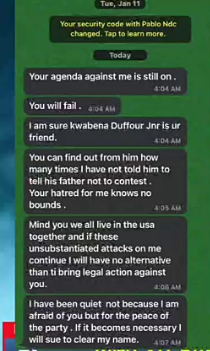