By Accraisback (self meida writer) | 26 days 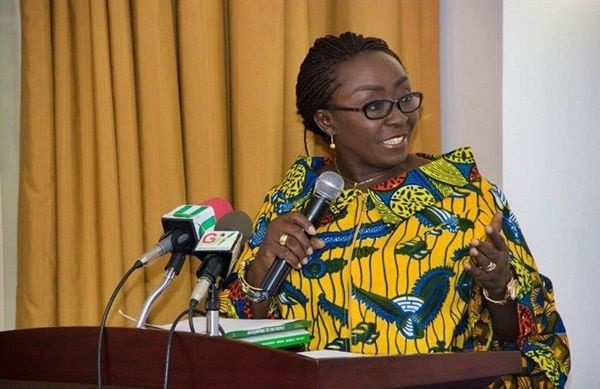 Dzifa Gomeshie has sent the strongest warning to the government to open the Aflao Togo border even though COVID19 pandemic has not yet ended.

The demonstration of international dimension according to the organizers was concluded yesterday in Aflao with petitions sent to President Akuffo Addo and President Faure Gnassingbe calling on them to take steps to open the borders.

In Aflao, the petition was received by the Municipal Chief Executive on behalf of President Akuffo Addo.

The head of the Togolese Mission in Ghana reportedly received the petition on behalf of Faure Gnassingbe, however doubts remain whether it will reach the front desk of the Togolese President.

However, the MP for Ketu South has gone to the drawing board arguing beyond reasonable doubts on why the closure of the border is a toll on livelihood in her constituency.

According to her, the COVID19 restrictions order is selective, insisting it is an instrument against the poor while the rich live a normal life.

The MP known as the tourism minister under the Mahama government was part of the lawmakers who participated in the passing of the COVID19 restrictions order, granting the president the authority to impose restrictions to protect Ghanaians from the deadly COVID19 virus.

But Dzifa Gomeshie who did not author her argument on the floor of Parliament then, now ostensibly says the closure of the border is very unfair, this is her full statement below.

Yesterday we held a demonstration in Ketu South. The process started from Denu Junction to Victoria Park in Aflao.

In March 2020, the airports, land borders, and ports were closed ostensibly because of COVID19.

The airports and ports were opened after a couple of months when some protocols were established. This allows some classes of people to continue living a "normal life" while the poor and underprivileged are ignored.

A year and a half down the line, the land borders remain closed. This has caused untold hardships on the people in border communities in the country whose source of their livelihoods have been affected.

The hardest-hit being the Aflao border which by its nature is a minute away from the capital town of Togo. There are people in Aflao Ghana who drink water from Aflao Togo.

Citizens of Aflao are in both Ghana and Togo. Kinship and socio-cultural ties are disrupted. Economic growth has dwindled completely bringing in its wake deprivation, poverty, and more.

Members of Parliament with borders in their communities have spoken on the floor of Parliament and on various platforms asking for some Protocols and interventions to be provided to no avail.

This situation has maligned even further, the plight of the residents of Ketu South who cannot pay the money demanded by these people.

We are therefore demanding that the necessary Protocols be established and the borders opened or that the government provide some social interventions as was done for some communities when they were locked down for a couple of days.

Our border communities are under a LOCKDOWN FOR A YEAR AND A HALF.

On the Accraisback blog, we can strongly speculate that this whole exercise was met to promote Dzifa Gomeshie and her interest to be retained as MP for Ketu South in 2024.

Her first attempt at the NDC primaries was successful but the margin was a close contest. And if she must win, such exercises are needed to show that she cares.

However, even without these cheap popularity contests she still will have the support of Former President Mahama and that alone is enough to serve as a nightmare for Foga Nukunu, her main contender in the last NDC Parliamentary primaries in Ketu South.