By gyeneonline (self media writer) | 4 months ago

The Cape Coast High Court presided over by Justice Kwasi Boakye has today Tuesday 28th of July 2021, found Mr. James Gyakye Quayson guilty of holding dual citizenship as member of parliament. The court has has therefored ordered for fresh parliamentary election in the Assin North constituency to replace him.

It will be recalled that Mr. James Gyakye Quayson, candidate for the opposition National Democratic Congress (NDC) emerged winner of the 2020 general elections with 17,498 votes beating the New Partriotic Party's opponent Abena Durowaa Mensah who also polled 14,793 votes to become the member of parliament for the Assin North Constituency.

However, it was later revealed that Mr James Gyakye Quayson holds a dual citizenship (Ghanaian and Canadian) contrary to Article 94 (2) (a) of the 1992 Constitution of Repiblic of Ghana, which prohibits a person who owns allegiance to a country other than Ghana from becoming a member of Parliament (MP). 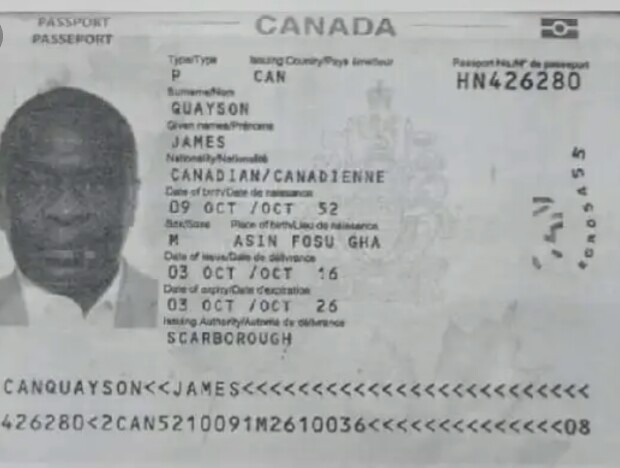 Barely 5 months after this case was filed against him to remove him as member of parliament at a Cape Coast High Court in the Central Region of Ghana, the court has finally come out with a ruling that, the 2020 parliamentary election held in the Assin North Constituency is nulled and void.

The court has therefore ordered for a re-run of the election in that constituency to replace Mr. James Gyaakye Quayson as member of parliament in the constituency owing to the fact that the National Democratic Congress’ 2020 parliamentary candidate has breached the provisions of the constitution with regard to dual citizenship.

The verdict is an indication that the number of parliamentary seats held by the NDC will drop to 136 as against the NPP’s 137 until by-election is held to determine who wins the Assin North seat to replace Mr. Joe Gyaakye Quayson

Content created and supplied by: gyeneonline (via Opera News )

He Took Off At 2pm: Sam George Drops Another ‘Hot’ Secret Over Parliament’s Rejection Of 2022 Budget