The Clandestine Agenda to Cause harm: NAGRAT politics in Upper West

By Upperwestmedia.net (self meida writer) | 7 days 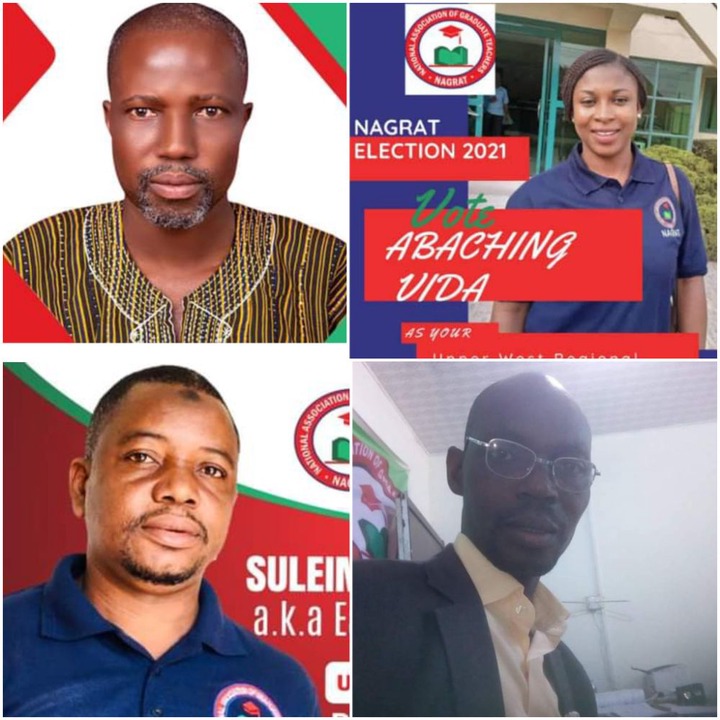 Contrary to the impression being created, be it erroneous or with intent, the Upper West Region has been very accommodative, conducive and Welcoming of all and sundry especially having to do with NAGRAT and its activities in the region.

I have recently been dismayed to say the least, at the current crop of Regional Executives of NAGRAT as they went round the Zones within the region to conduct the Zonal Elections. The Regional Executives in a not so surprising posture took turns to address delegates by preaching against REGIONALISM, ETHNICITY and RELIGION about NAGRAT Election in the Upper West Region.

One will only have to wonder, why this will rather be the case and what is the motive behind such an action. The reason for this question is rather simple. The Upper West Region has already shown the way all these while. In the last several years for instance, the Upper West Regional Executives of NAGRAT, have mostly hailed from different regions. In my humble opinion, this is a remarkable situation which deserves all the praise available. It is a clear display of understanding of the processes of NAGRAT and unionism by members of NAGRAT in the Region.

For instance, the current and outgoing Regional Chairman, Mr. Pious Larry Azumah hails from the North East Region and has been a Regional Executive for sixteen years. Mr. Pious Larry Azumah, served Eight years as Vice Chairman and Eight Years as Chairman. The Regional Finance Officer Mr. James Asumah, hails from Bawku in the Upper East Region. The Regional Secretary David Tuntie also hails from Navrongo in the Upper East Region. It is only the Publicity/Organizer Liman Nurudeen and the Ladies of excellence Coordinator, who hail from the Upper West Region. It thus make it imperative to emphasize that, the region has rather demonstrated enough understanding of the processes leading to given mandates to Executives therefore makes it not necessary, the exercise by the Regional Executives to create a certain impression about a non-existing situation. More so, Mr. Pius Larry Azumah, was not contested in the past Elections when the opportunity availed for all eligible persons to contest including people who hail from the Upper West Region. This further throws light to the fact that the people of the region gave their brother from the North East Mr. Pius Larry Azumah enough Support in this endeavor.

The question therefore is, why will the Regional Executives go about preaching about something that is already being practiced by the same people they are targeting. Could there be some undertone reasoning about their recent actions. I am aware; there are two contestants in the Regional Chairmanship race this year. One of the contestants hails from the Upper West Region whiles the other hails from the Savannah Region. Could it be that the Current Regional Leadership are harboring the thought that the Indigenes of the Upper West Region could be fatigued by the current Leadership and might intend to choose their own this time around????

It is also of interest to note that the Regional Executives of NAGRAT are not fair with entire process of the Zonal election. Delegates were who participated in the election, were not treated fairly during the zonal election process. There were variations with the transportation and refreshment for delegates during the process. Some delegates received a better treatment than others. As a union, in this regard, a reputable one, that is not the way to go. All union Members contribute the same dues and therefore it was incumbent on the Regional executives to treat all delegates equally and equitably.

With the clandestine intent and actions by the Upper West Regional Executives of NAGRAT, NAGRAT is being painted with wrong brush and colors. The enviable and reputable name of a great union is being driven into the abyss, as a result of personal and parochial interest by self-seeking megalomaniacs in the Upper West Region. God save NAGRAT-Upper West Chapter.

Assin North MP Out; Should There Be Another Election For Speaker Of Parliament? Share Your Thoughts