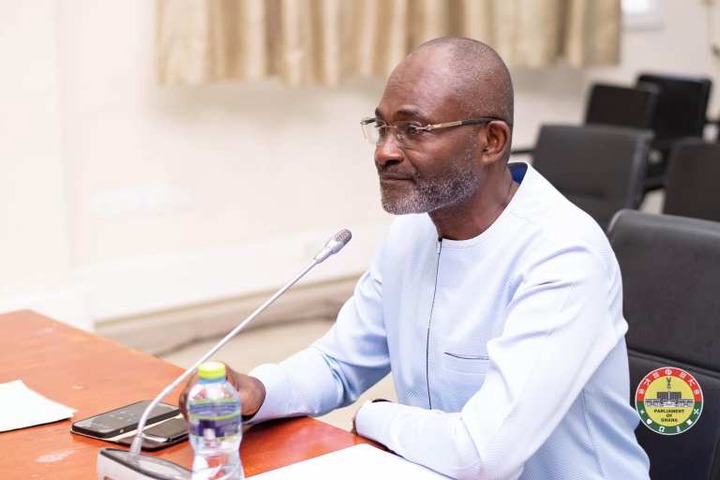 Member of Parliament for Assin Central, Kennedy Ohene Agyapong has blamed his absence from parliamentary sittings without the permission of the Speaker, on ill health, the Parliament of Ghana has relayed.

This follows his appearance before the Privileges Committee of Parliament on June 15, 2022.

“The Member of Parliament for Assin Central, Hon. Ken Ohene Agyapong today appeared before the Privileges Committee, to answer questions on why he was absent from the House for more than the stipulated fifteen sitting days during the First Meeting of the Second Session of the Eighth Parliament”, the Parliament of Ghana relayed in a Facebook post.

It added, “the Honourable Member indicated to the House that his absence was inadvertent, due to ill  health”.

The Speaker of Parliament noted that records show that the three legislators have violated the fifteen sittings of a meeting of Parliament threshold as well as the permission in writing form directive.

The referral was in accordance with Article 97 (1)(c) of the constitution which says that a seat in Parliament will be declared vacant “if he (an MP) is absent, without the permission in writing of the Speaker and he is unable to offer a reasonable explanation to the Parliamentary Committee on Privileges from fifteen sittings of a meeting of Parliament during any period that Parliament has been summoned to meet and continues to meet”.

If You Are In Danger Of Breast Cancer, The Body Will Give You These Signs

Immediately You Notice These Signs, Don’t Allow Your Partner To Have Sex. Abstain From It Completely

Teacher Jailed 7 Years For Defiling 18 Pupils In A Month.

6 Easy Ways to Reduce Your Chances of Chronic Diseases, You Need Not To Joke With

Do you know chewing kola nuts has the following side effects