The mysterious levitating stone .According to popular belief, Qamar Ali was a famous Sufi Saint and was renowned for his miracles.

Shivapur is a small place in Pune, Maharashtra about 180kms east of Mumbai which is famous for its levitating stone. 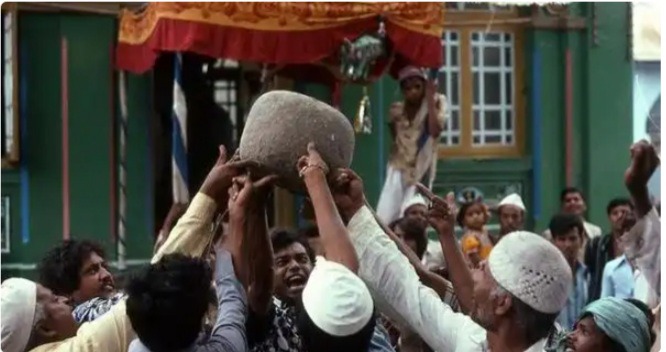 The interesting fact about the stone is, if 11 people touch their finger to the stone and shout the name "Qamar Ali Darvesh", the stone flies up in the air. The huge stone weighs about 200kgs. This claim is not scientifically proved yet.

According to popular belief, Qamar Ali was a famous Sufi Saint and was renowned for his miracles. The story goes that Qamar Ali was born into a family of middle-class Muslims whose men folk prided themselves on their muscular prowess. Qamar Ali, unlike his aggressive older brothers was introspective and gentle.whe he was scarcely six he became a disciple of a Sufi Pir (great teacher) who lived nearby, and spent his days in meditation and fasting. Before long, throngs of devotees began to flock to his doorstep drawn by the young Sufi mystic's compassion and miraculous powers of healing. It is believed that some eight hundred years ago a gymnasium existed on the spot where the shrine now stands. Two large stones were used by the wrestlers for exercise purposes. Being not interested in these activities Qamar Ali was always targeted by the other boys. It is said that this stone has been laid by him to prove that spiritual power is greater than brute strength. 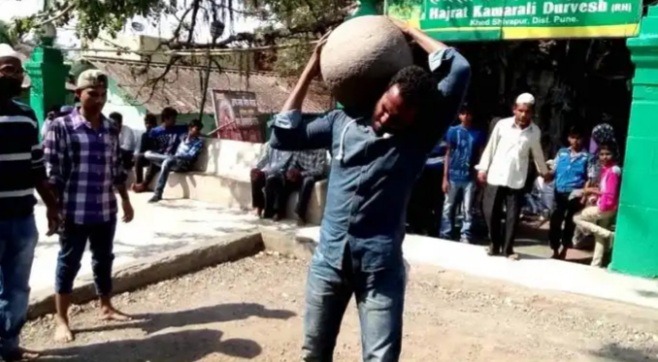 Qamar Ali died in his late teens but as he lay on his deathbed, he requested that a circular stone weighing 200 pounds to be placed near his tomb. According to the legends he said, "If eleven men place their right index fingers under the stone and then jointly call my name, I will cause it to rise higher than their heads. Otherwise, neither singly nor together will they be able to move it more than two feet off the ground." From that day onwards the stones could be raised in the prescribed manner only by applying that formula. Marble steps lead up to the Dargarh (shrine). Qamar Ali Darvesh was a celibate and in deference to his chastity, women are not allowed inside the mausoleum. Stories state that over the years many people have tried to remove these stones from the shrine but they have to bear dare consequences.