Johnny's Bite: JM Is Not Your Standard; You Are Worse Than Him 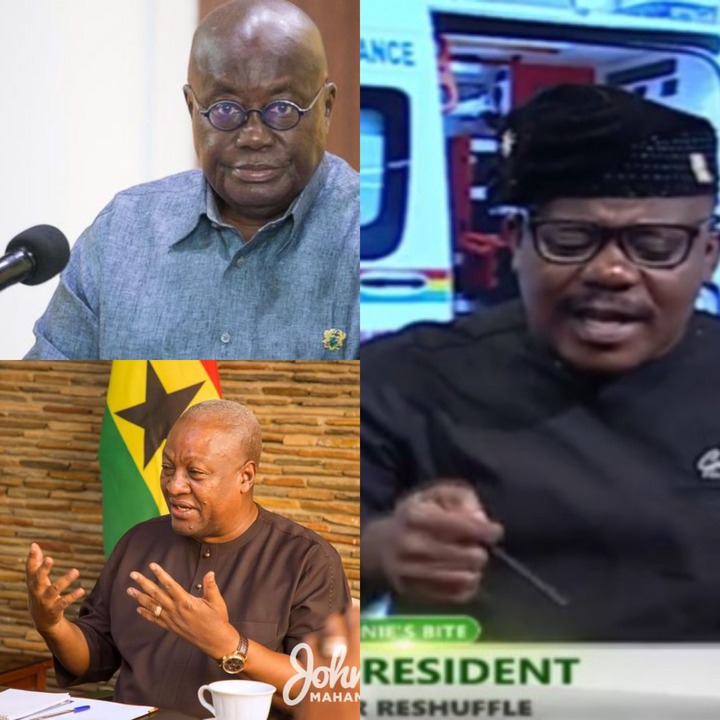 Photo: President Akufo-Addo on the top left; John Mahama at the bottom left and Johnny Hughes on the right

Touching on various aspects of the government and its massive shortfalls, Johnny Hughes said that he agrees with President Akufo-Addo that Former President John Dramani Mahama is indeed not his standard as far as governance is concerned but we both know that he is a worse economic manager than him in all aspects except going to the International Monetary Fund (IMF) for a bailout. 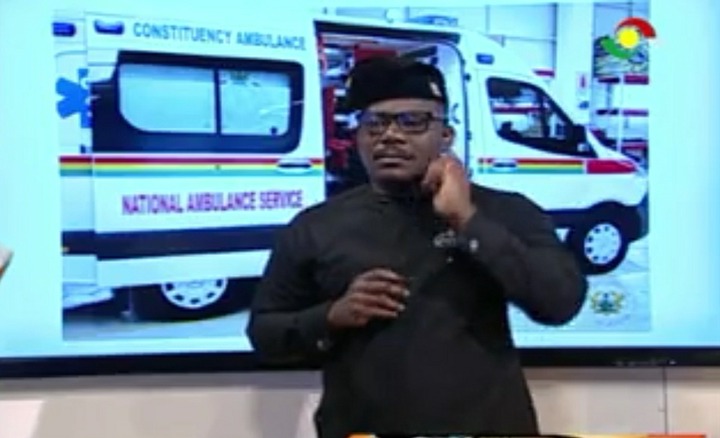 "Mr. President, I perfectly agree with you that John Mahama is not your standard, even though you have borrowed more than he did and have ticked down all the boxes you criticized him of except for the IMF box. You don't want to go to the IMF for a bailout but between you and I, we know that the country is broke. And you can roam about telling people about Townhall Meetings and E-Levy but the fact remains that the country is broke," Johnny Hughes revealed.

"A simple and honest acknowledgement of that fact will bring people to the table. Once you agree to it they will come around the table. So John Mahama is not your standard according to you, but the books are proving otherwise. The books are showing that you are doing worse than he did. Your standard is John Agyekum Kuffuor, who we call the fearless Kuffour, the gentle Jack. But if Kuffour is your standard as claim, you would have done a reshuffle a long time ago," he added.

Speaking on the Minister for Roads and Highways, Hon. Kwasi Amoako-Atta's tollbooths conversion into public washrooms brouhaha, he said that these ministers who are passed the retiring age of sixty (60) and don't insult, but if you ask them questions, they sometimes forget that they are servants and talk down on the citizens anyhow. Meanwhile, this is a country where we are complaining about high youth unemployment.

He went ahead to advice the President to have his government reshuffled because the citizens downgraded his scorecard in the last elections, where his parliamentarians were massively overthrown and his one million votes feat in 2016 was halved despite the fact that he claimed to have implemented one District one Factory, free SHS, restored teacher and nurses trainees' allowances, NABCO and the others.