By Nabatv (self media writer) | 1 year ago 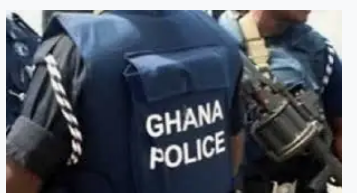 Independent Parliamentary Candidate for the Asokwa Constituency Madam Fuseina Mahamadu aka Hajia 1 is accusing supporters of the incumbent Member of Parliament Hon. Patricia Appiagyei of masterminding an attack on her and her supporters.

The furious candidate narrated that some members of her campaign team and herself was assaulted for wearing attire with colors of the NPP.

She aledged that, the culprits have threatened the worse if she didn't step down.

“They are saying what happened today was just the tip of an iceberg and that if I didn't change my decision for contesting the incumbent M.P, they are going to do worse things than this,” she stated.

She described the development as unfortunate insisting his independent candidature does not banned her from campaigning for the candidature of President Nana Akufo Addo.

“We are all NPP supporters though I’m going as an independent candidate. I don’t think there’s anything wrong with someone wearing T-shirt exactly as NPP color so I think it’s a deliberate attempt,” she opined.

Madam. Fuseina aledged that, they where coming from campaign tour and met some groups of people from the camp of the incumbent M.P threatened them with a gun. She identified these people as Asokwa Municipal deputy NADMO director Mr Ohene Gyimah, Asokwa NHIS manager Papa Yaw Asare Bediako John and Asokwa NPP woman organizer.

She indicated that she told his members to stay calm to thwart any fight in the constituency, insisting they were all one people in the contest.

Meanwhile, Fuseina is optimistic about unseating the incumbent MP Hon. Patricia Appiagyei in the Asokwa constituency to address the numerous injustices championed by the sitting MP in the area.

Content created and supplied by: Nabatv (via Opera News )