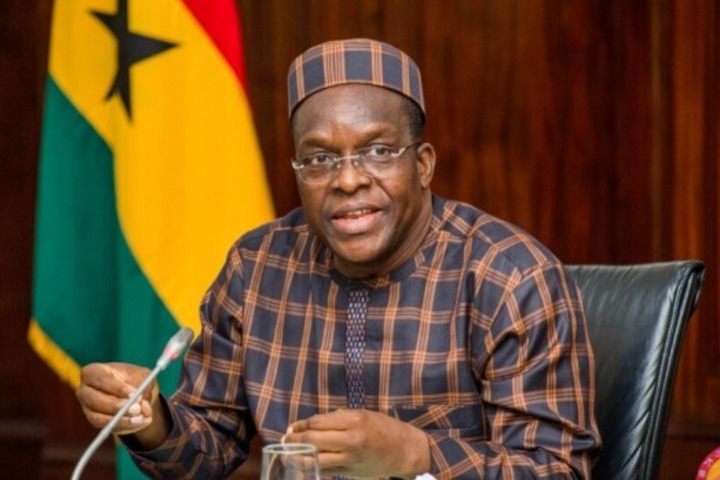 Bagbin"/>The Speaker of Parliament, Alban Bagbin, has refuted claims that he has banned the use of mobile phones in the gallery of chambers as part of enhanced security measures.

This statement comes after a publication in the Daily Guide newspaper alleged that the Speaker of Parliament had put out a directive to ban Members of Parliament from using mobile phones in the House to ensure security measures.

A statement communicated by the Office of the Speaker of Parliament denied the report and called it false.

“Mr Speaker has issued no such directive banning the use of phones in Parliament,” the office said in the statement.

Mr Bagbin’s office also said, “no member of Parliament has been stopped from using his phone in the chamber.”

“The press corps who operate from the press gallery have equally not received any directive banning them from using their phones in the execution of their functions as parliamentary reporters”.

There have been concerns about MPs using their mobile phones in Parliament and suggestions made to ban this act.

In 2020, the Majority Leader touched on the issue of mobile phones distracting proceedings in the House. 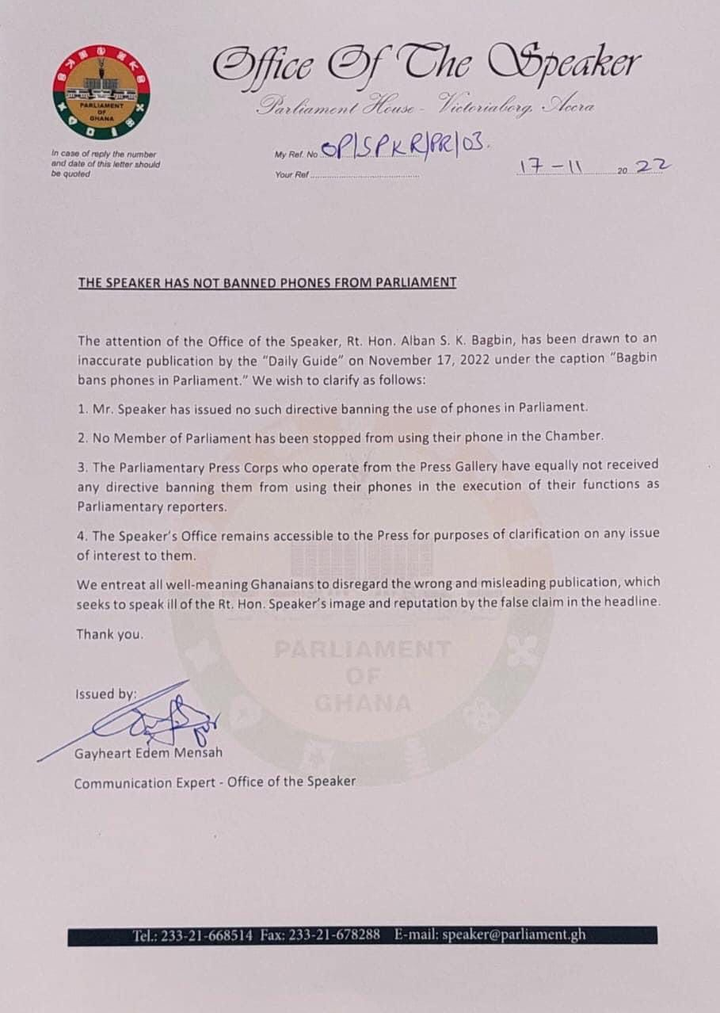