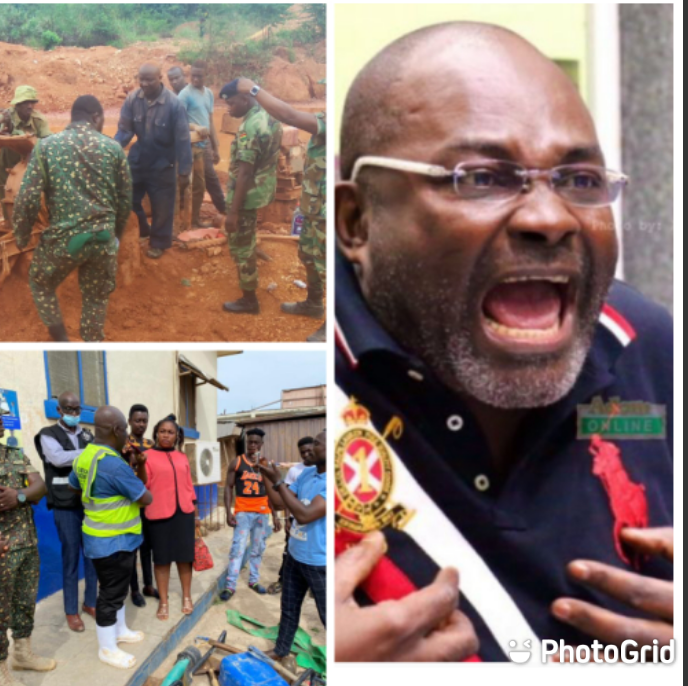 As part of the President’s fight against illegal mining popularly called galamsey, the Assin Foso Municipal Security Committee today embarked on an exercise to clear the Pra and Offin rivers of illegal mining activities.

The team was led by Hon. Nicolas Fiifi Baako who is the chairman of the committee and some security agencies. 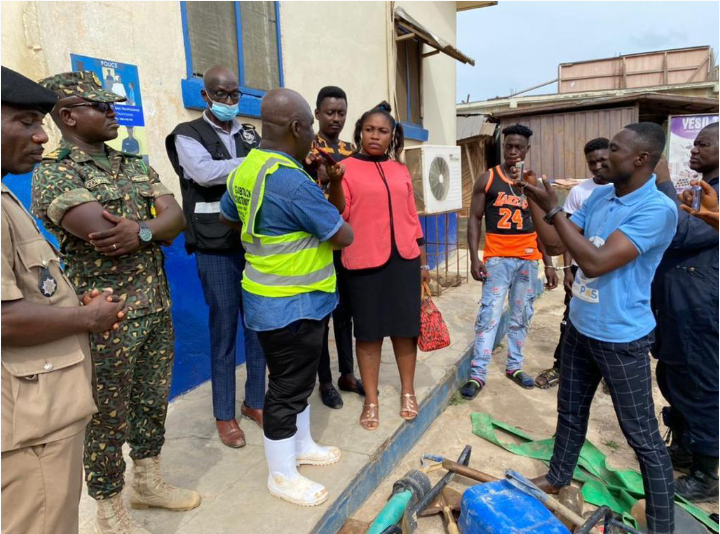 The security team consisting of officers of Ghana Immigration Service, National Security Personnel with support from the Assin Foso Municipal Assembly Task force stormed some illegal mining sites within the areas of Assin Asaman, Ankran Nkwanta and Assin Nyaduamu in an operation dubbed “Clean water.” The operation forms part of President Akufo-Addo’s effort to clamp down on the activity 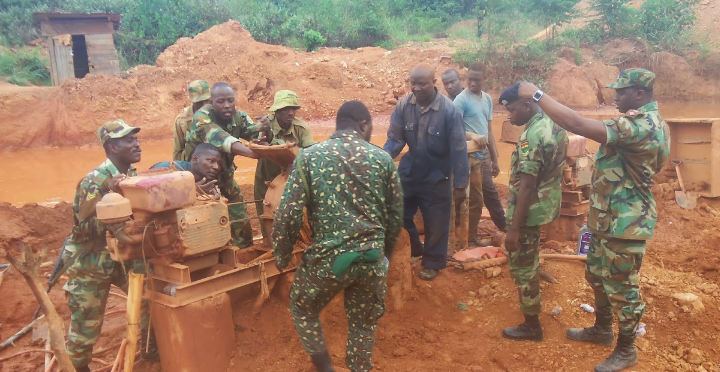 The team arrested two illegal miners, on site. Some other items used for mining were seized items including Five pumping machines, one water tank, six shovels and two mobiles phones and a motor bike at the various operation sites visited by the team.

Five earth moving machines, three generators and a plant which were seen on sites were also destroyed by the security team.

Abandoned pits and mining settlements are dotted the road leading into what is left of the once vast arable cocoa farm.

After navigating through the dangerous terrain of open pits filled with water, the arrived at the mining settlement directly on the River Offin. Tanks and barrels filled with diesels were found on the site but the illegal miners were nowhere to be found.

The MCE was devastated by the sight of the river and called on the Municipal Security Committee not to rest until all miscreants along water bodies in the Municipality are flushed out.

The MCE expressed his displeasure about how the illegal miners are destroying the water bodies in the area.

Hon. Nicholas Fiifi Baako pledged to continue to fight the menace to the end to ensure the municipality live in a peaceful environment and have portable water to drink.

Content created and supplied by: Aman1 (via Opera News )