By TopStories.com.gh (self media writer) | 1 year ago

First Deputy Governor of the Central Bank of Ghana, Dr. Maxwell Opoku-Afari has outrightly refuted claims that the government interferes in the operations of the BoG.

According to Dr. Afari-Opoku, he cannot fathom where this perception of interference by the government in determining monetary policies emanates from since they are unfounded and cannot be substantiated.

Appearing on Accra-based MX 24’s Spotlight show on Tuesday, the deputy governor justified his opposition to this perception making reference to the Bank of Ghana Act as amended in 2019. He explained that the operational independence of the Central Bank has been guaranteed in the Act leaving no room for any form of interference.

He added that internal systems have also been put in place to ensure their independence in determining monetary policies which will also affect the government.

Citing himself as example, he noted that he is in charge of currency management but can testify that nobody has ever tried to influence their decisions to print monies.

“It’s quite interesting that there is that perception because that is really not what is on the ground. The Bank of Ghana as amended in 2016 granted operational independence to the Central Bank. Clearly, operational independence does not mean you will operate in an island. You will even see that in the conduct of our monetary policy operations, we have an independent body within the Central Bank called the Monetary Policy Committee chaired by the Governor, the two deputies are members of the committee,” he explained.

He added that “it will be interesting to know how discussions at the MPC go on and the fact that the minister and the members of the government all hear about the decisions of the MPC the same as the press and the rest of the general public hear about it. In fact the Ministry of Finance is not even represented on the committee. So the Central Bank has operational independence”.

The Deputy Governor called on all Ghanaians to debunk this perception and continue to trust the Central Bank in their operations. 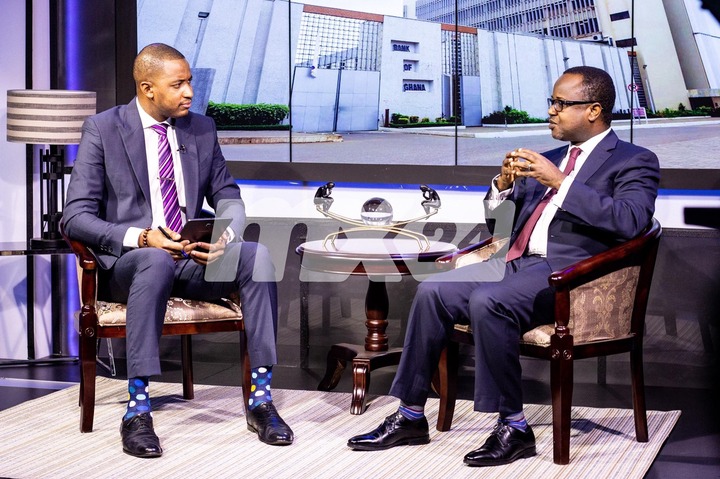 Content created and supplied by: TopStories.com.gh (via Opera News )

Hearts of Oak Take a Bold Decision on Key Players