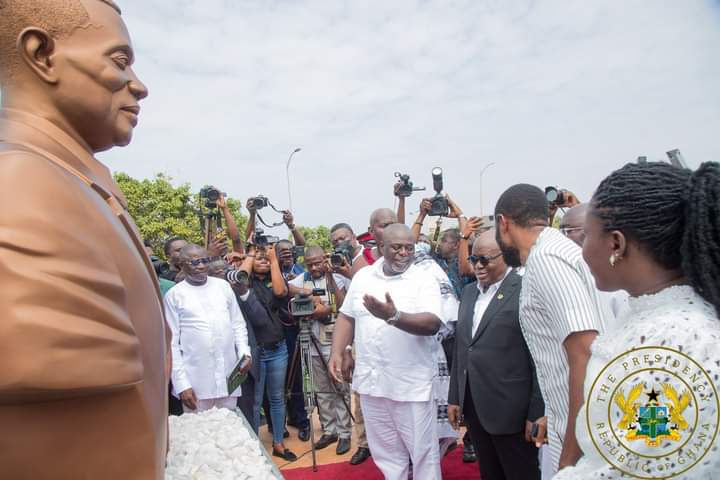 Sunday was exactly ten years since former president John Evans Atta Mills joined his ancestors. He is the first president to die as president.

The state and his party held separate programs to honour the humble servant on Tuesday. Afterwards, Nana Akufo Addo took to Facebook to extend his condolence to the family, NDC as well as Ghanaians at large. The President described Atta Mills as a passionate leader who served his nation with humility. He also used the opportunity to announce that he has erected a nice statue in honour of the late President at Asomdwee Park. 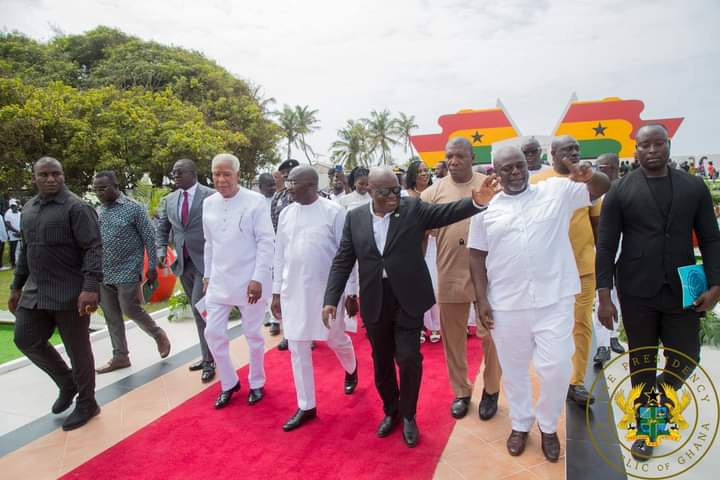 "On Sunday, 24th July 2022, I commissioned the rehabilitated Asomdwoe Park, the final resting place of the 3rd President of the 4th Republic, the late Prof. John Evans Fiifi Atta-Mills.

Sometime after becoming President, I became aware of the sad state of Asomdwoe Park, and, in 2020, I received a request from the late President’s energetic Communications Director, Koku Anyidoho, who runs the Institute named after the President, for the assistance of Government to rehabilitate the facility. I agreed, and, subsequently, I instructed the Coastal Development Authority to undertake a thorough rehabilitation of the Park, with the close co-operation of the Institute. 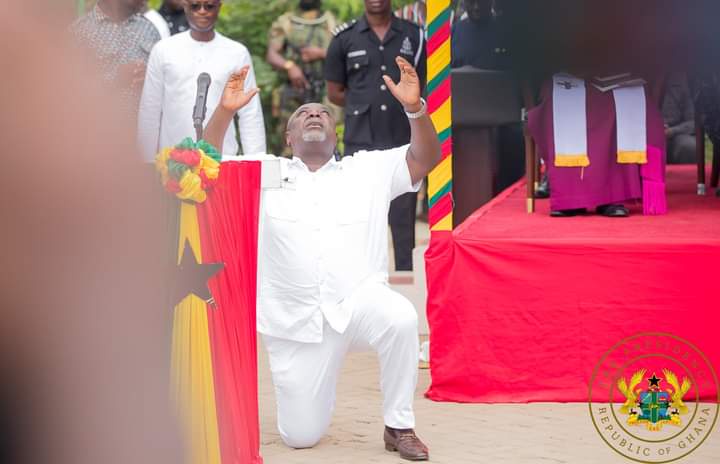 It was not right that the Park had been allowed to deteriorate considerably over the years since his burial in 2012, and I am happy that it was under the Presidency of Nana Addo Dankwa Akufo-Addo, allegedly his “fiercest critic”, that Asomdwoe Park has been elevated to a status befitting the final resting place of a President of the Republic of Ghana. I did so with that objective solely in mind, and not to exploit or take advantage of any so-called divisions in the political party to which he belonged. Those alleged divisions are not of my making, and do not, in any way, inure to my benefit. 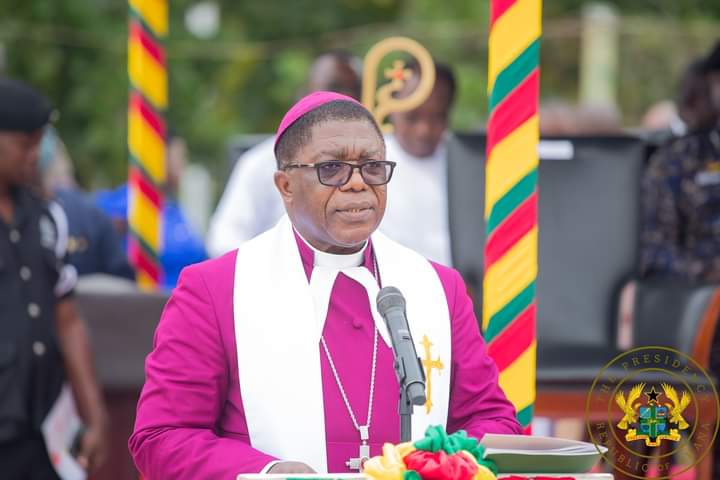 My wife Rebecca and our children join me and the Government in reiterating our sincere condolences to his wife, Naadu, his son, his entire family, to the National Democratic Congress, and, indeed, to the people of Ghana for their great loss. The man from Ekumfi Otuam will not be forgotten." 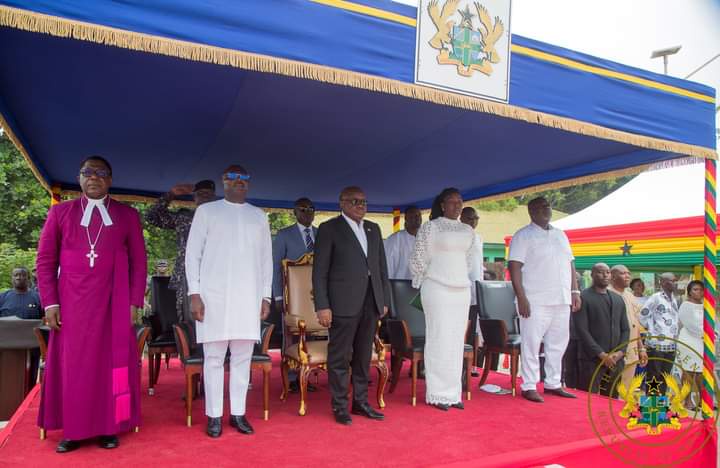 The statue he unveiled on that faithful day has generated a lot of controversy online. This is because the emolument does not bear the name of the dead man. Ironically President Akufo Addo and Koku Anyidoho had their names boldly inscribed on the plaque.