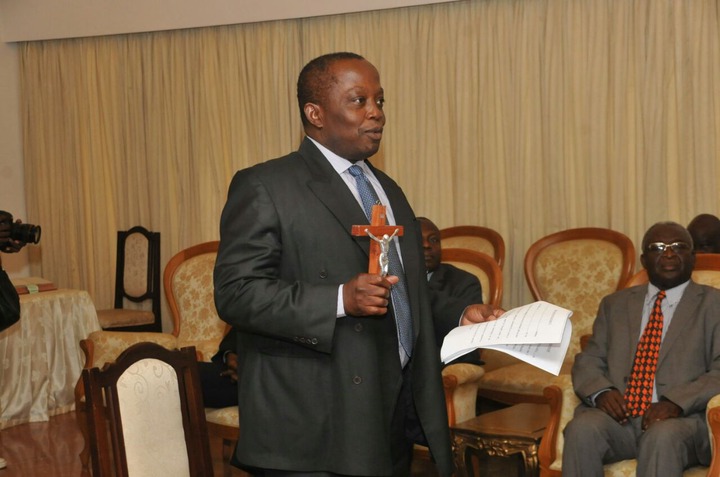 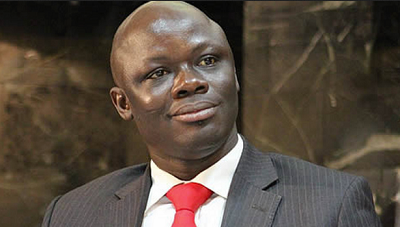 As his 167 leave days elapses, Mr Domelevo was expected to hit the ground running Wednesday March 3, 2021, as he had promised weeks back, until the Audit Service Board already raised concern over his age and eligibility to remain in the workforce. So in a letter addressed to Mr. Domelevo, the Audit Service Board had said it had discovered some irregularities and anomalies with specific reference to his age and nationality and requested an explanation.

But explaining the purported anomalies, Mr. Domelevo said his grandfather was a native of Ada in the Greater Accra Region but migrated to Togo and stayed at Agbetofe and on the issue of his date of birth, Mr. Domelevo said he noticed that 1960 was a mistake “when I checked my information in the baptismal register of the Catholic Church in Adeemmra.”

The Ghana Centre for Democratic Development (CDD-Ghana) for instance, has expressed disgust at the manner in which the Audit Service Board was treating Auditor-General, Daniel Domelevo ahead of his return to post and according to the Director of Advocacy, Dr. Kojo Pumpuni Asante, the board led by its chairman was bent on continuing “this very shameful behaviour.”

This has also attracted a lot of social media attention, as even NPP loyalists condemn the fact that, the Board is insinuating that, he is not even a Ghanaian, to start with.

"Domelovo is a Ghanaian and has served. If he is due for retirement, that is a fair point. But to say he is not a Ghanaian, I disagree." a known NPP loyalist Keskine Owusu Poku wrote on Facebook and the responses were largely in support of his assertion. 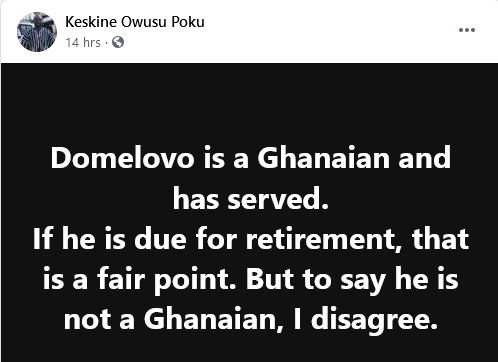 However, social media kept buzzing even up til now, with the famous host of JoyNews TV's NewsFile program Samson Ayenini's savage remarks. In his Facebook post, Lawyer Ayenini wrote that, "Pray - Only Togoman do this in the life of the Republic as AudGen." after having tagged a link of a news report titled "Auditor-General recovers GH¢67.32million through surcharge in 2018"

In this said story, through The Auditor-General's efforts, his outfit had made progress in year 2018 in relation to Disallowance and Surcharge by successfully recovering a total of GH¢67.32milion into government chest. The total of GH¢67,315,066.12 which has been recovered into government chest followed the issuance of 112 Surcharge Certificates to individuals and organisations within the year 2018. 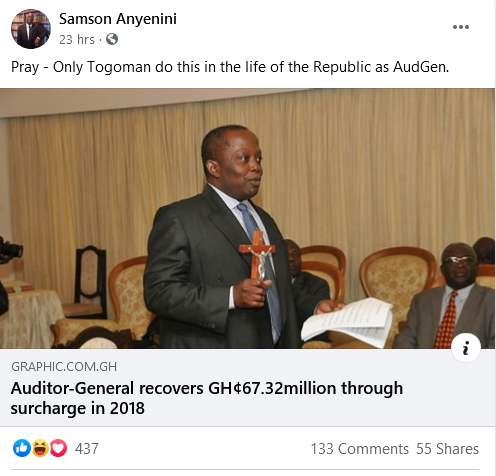 Clearly, Lawyer Samson Anyenini sought to chide the Audit Board for its statements that created the impression that, this man who have saved the public purse millions of monies was not Ghanaian and insists that, if even it was so, he is to be praised, as he is the first ever in that position to help the country this much.

Several comments have been received on this post and includes the following:

Abugri Azumah Alex writes "Some times I feel shy and ashamed. So people don't have shame again? I grew up to realize that all the morals and integrity taught us in our childhood is only purely for academics and nothing more! At least they should think we also reason, aba!"

Sampson Bakutomah writes “So if he is caught going contrary to the very law we all seem to protect, we should allow him go scot free in the name of some good he has done in the past???? Seriously!!!!! I CAN’T THINK FAR.... My brother Samson, this your post is misleading “

Newman Sedem writes “The truthful Togoman who's poised for making their Ghana a corruption-free Republic but Ghanaians are corruption obsessive to the extent that they don't see the goodness in fighting it.”

Sampson Bakutomah writes “If these allegations are true (which I believe they are as Domelovo himself asserts), then Domelovo must be SACKED by the President (the appointing authority) with immediate effect and prosecuted. This is absolutely CRIMINAL at the highest peak. I suggest that all salaries taken from the 2020 date of retirement must be refunded in addition with interest. Such characters must not be allowed to occupy public offices. If you go contrary to the law in this manner, no matter who you are and what you have done or still doing, you must be punished accordingly. No one is above the law”

Dzakpasu Emmanuel Kwame writes “Hmmmmmmmm mmm mmm mmm. My question is why now, Whatever you do to your fellow human. It will surely meet you in different realms. For long time this man was in that office you are now realizing that he is a Togolese.

God should forgive us all Hmmmmmmmmmmm”

Dada Lincoln Abraham writes “Please do the board have the locust and the legal grounds to take such steps since their term has expired with the presidential transition law? They are not properly constituted. I don't want see that Chairman on the board because he is not there for the interests of the state. This how most of the board members do in the various state institutions.”

Isaac Mensah Ofori writes “How can you fight irregularities in the system at the same time practicing same. Do you know the number of government workers who have been denied of their monthly salary for the past 9 months because of the same irregularities Domelevo has been accused of by the Audit service Board. He is not above the law of this country. If it is true, He must face the law squarely.”

"I've Been Dating a Guy For 7 Months, Only For Him To Come And Ask Me This"-Lady Reveals