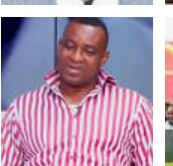 Random survey carried out by this reporter to sample the views and opinions from the public over the landslide victory of Mr Bernard Antwi Bosiako, aka chairman Wontumi who is now the Ashanti regional chairman of the New Patriotic Party (Npp) indicate that whilst majority views back the chairman, others have divergent opinions.

And no doubts, as the saying goes that majority carries the votes Wontumi's victory cannot be disputed with the highest votes he swept at the elections.

From the separate interviews conducted within some constituency offices in the Ashanti Npp, many party activists described Chairman Wontumi's reelection as a sign to 'break the 8'.

Observing that at the time where the party wanted to 'break the 8' chairman Wontumi is the best man who can lead the party in the region to make the deal.

At Manhyia North Kwesi Twum was full of gratitude for the chairman's victory and called on Npp supporters to rally behind him to realize his goals.

At Ejisu, Benjamin Opoku former organizer of the Ejisu constituency noted that chairman Wontumi will only succeed in his administration, if he tolerates the views of party members.

Alhaji lssah Moro, Kumasi Kwadaso Constituency chairman of the opposition National Democratic Congress opined that with chairman Wontumi's reelection, the Ndc have to work hard in the region before they can score any credible votes in the 2024 elections.

At the Nwabiagya North Constituency of the Npp the former Assemblyman for the Asofua-Asaman Electoral Area Hon Osei Kweku welcomed chairman Wontumi and advised that without tolerance, he cannot deliver.

Among other areas this correspondent spoke to both party and none party supporters respectively include Obuasi, Kajetia, Atonsu and Offinso where majority embraced chairman Wontumi's reelection,and advised him to promote peace and unity to enhance the winning chances of the Npp in the next elections.