Look at How I Was Arrested in a Rambo Style But Kennedy is Walking Freely. He is a Demigod- Sammy Gyamfi 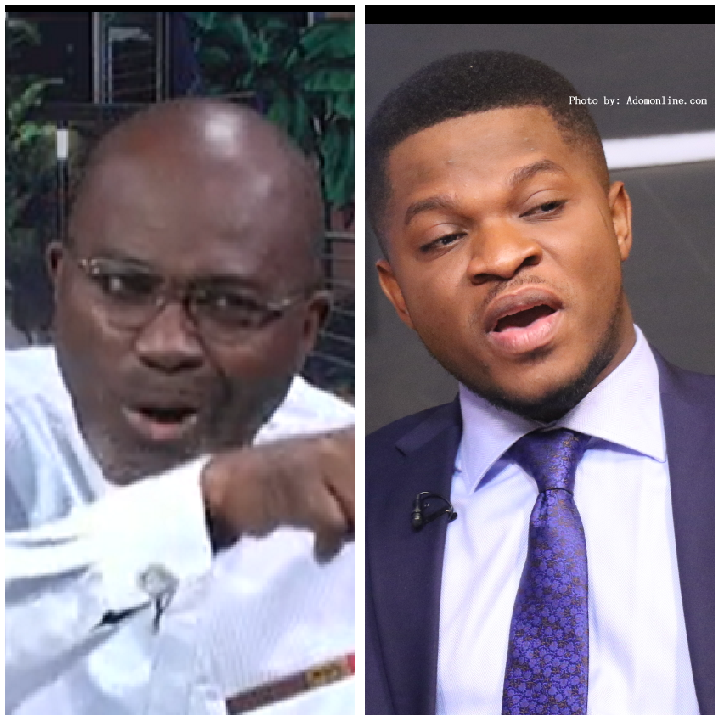 The ruling New Patrotic Party(NPP) is to blame for the continuous misbehavior of Kennedy Agyepong, MP for Assin Central constituency, according to Sammy Gyamfi. The NPP has treated the outspoken party member like a demigod, who is untouchable despite his unguarded public commentary on issues of national interest and safety of others.

Mr Agyepong published pictures of Ahmed Suale and threatened him after the Ana's exposé on GFA president, Kwasi Nyantekyi. According to the NDC communicator, such threats on an investigave journalist should have been condemned by the president, Nana Akufo-Addo whom he [Kennedy Agyepong] appeared to have mounted a spirited defense for in the matter.

Mr Sammy Gyamfi could not understand why despite all these unlawful utterances by Mr Agyepong, he has been made the Chairman of the Parliamentary Select Committee of Defense and Interior.

Against this backdrop, Mr Sammy Gyamfi maintains the Assin Central MP is emboldened to continue on this tanget because he managed to get away with similar comments in the past. He cited his arrest at the premise of UTV in a Rambo style without any valid justification and questioned why such misguided comments by an honorable member of parliament, which threatens the safety of citizens, should be treated with laxity. He concluded that this is a manifestation of culture of impunity which has become endemic under the Akufo-Addo led goverment.

Meanwhile, Speaker of Parliament, Rt Hon. Alban Sumana Kingsford Bagbin has refered Kennedy Agyepong to the Privileges Committee of the House for interrogations and recommendation of possible sactions. This follows a presentation made by the Tamale North MP, Mr Alhassan Suhuyini on the threats by his colleague MP, Kennedy Agyepong against Erastus Asare Donkor.

Inarguably, every citizen, in principle is equal before the law. The rule of law, as a bedrock of every democracy demands that the existing laws are applied equality to all persons. But in practice, this has not been the case to some extent. The rich and the politically powerful men and women seems to always have their way out whenever they are found at the wrong side of the law. So the law is the same but its application cannot be said to be the same for every person. Obviously, this is bane to the survival of a young democracy like Ghana.

To set the record straight, Mr Kennedy Agyepong is not above the and should not be treated as if he is. To foster confidence in our legal system, the appropriate actions must be taken to ensure that going forward, such threatening comments do not emanate from any honorable member or citizen ever again. In this regard, the Privileges Committee of Parliament must approach this matter with the sincerity and seriousness it deserves. The National Media Commission must also continue to demand for justice and protection for the Multimedia journalist, Erastus Asare Donkor in the face of the threats he has received from the Assin Central MP.