Many promises are made in the run up to elections by aspirants but they are not able to fulfil some of these promises when they come into power. The current President-Akufo-Addo-led administration just like the previous administrations is doing its possible to make sure that every part of the country receives its share of the development but there are still some areas within the country which are yet to see the light of these developments. 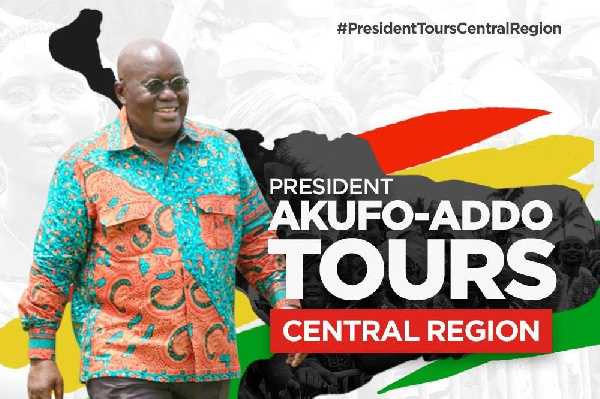 As part of the President's Tour of the Central Region, he paid a courtesy call on the Chiefs of the Efutukawa Traditional Area. The Acting President of the Efutuakwa Traditional Area, Nana Afran Siah made it known to the president the problems that the area is facing of which the deplorable state of the roads is a major one. Nana Afran Siah stated that the Chiefs of the Area are yet to see any development in the Area since the NPP led by President Nana Akufo-Addo came to power.

Nana Afran Siah explained that the roads in the Assin Central and Efutuakwa areas have not been tarred and also have potholes on them. The Chief therefore called on the president to construct at least 50km of tarred roads in the area which would serve as a legacy for him in the Area.

The President also gave his word to the chiefs stating that the problems in the area would be solved. He also stressed that the Assin Fosu Immigration Training Centre within the municipality would be improved and that the area would receive its share of the One District One Warehouse initiative.