By SpArK_OJ (self meida writer) | 1 months 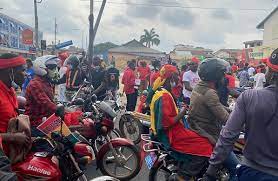 Yesterday, a group of people whose mission is to 'FixTheCountry' held a demonstration in Accra to point out this hardship.Many of the placards displayed demanded the constitution be replaced.The sudden appearance of the new demand has surprised observers of the activities. 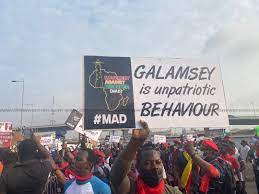 A placard reading cynically 'I may not make it home alive after this demonstration' was seen in the demonstrators' hands. It is possible that I would be killed by the police because I exercised my democratic rights.Several of the inscriptions were so offensive that they were not reproducible for public consumption in the media. 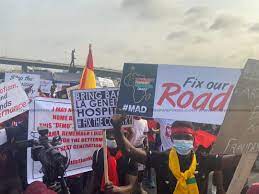 Fix Dumsor Now, restore La General Hospital and Justice for Kaaka, and would you run Ghana in the same manner if Ghana was your own?In addition to these placards, a host of other messages were displayed.A placard said, "Stop the Cathedral, build hospitals, schools, roads and police houses for Ghanaians." 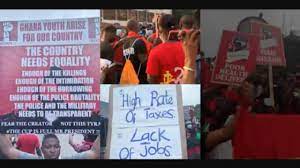 In light of Joshua Kwame Ampadu's social media-trending remarks about the demonstration, it's unlikely the remarks amused the demonstrators.Affected by the current hardships, he said his church has seen its fortunes dwindleConsidering that many church members are minimizing their tithes because they are unable to afford them, he claimed, the church is bleeding. 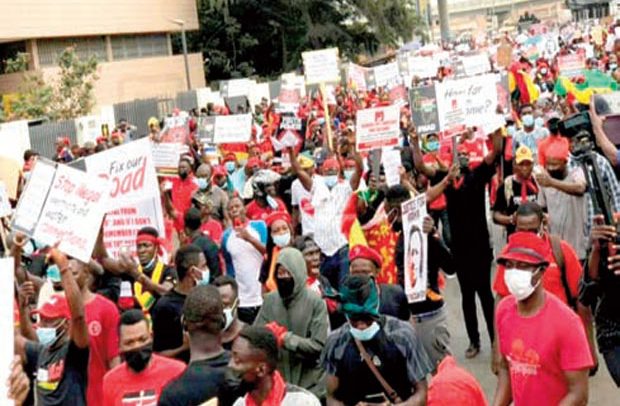 In red, black, and the national colors of red, yellow, and green, the demonstrators began to assemble at the Obra Spot near Circle as early as 6am.The march reached the Black Star Square in Accra after roaming the nation's capital in accordance with the agreed-upon route with the police. 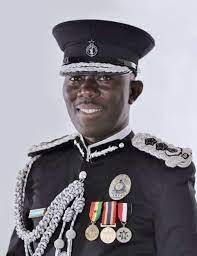 According to his briefing, the task turned out to be uneventful as a result of his professionalism