Secret Number 3 - They Refused To Investigate Him Because He Was A Voltarian. -Captain Smart Reveals

Captain smart has turned to be a double-edged sword who is determined to criticise and attack any person who deserves to be criticised irrespective of their political affiliation whether NPP or NDC.

The outspoken journalist today on onua tv during the onua maakye newspaper review segment decided to delved into the cocobod saga which resulted in Mr Abuga Pele, the then Chief Executive Officer of Cocobod jailed by this current NPP government.

He boldly stated the whole cocobod saga involved both the then CEO, Abuga Pele and one other board member whose name was deliberately hidden because he was a voltarian and for that matter had a very strong personality in the past NDC government as his Godfather. The outspoken journalist wasn't quick to mention the name of this voltarian in question and who he had as his godfather, but he challenged Abuga Pele to gather the courage to expose all those who aided in the embezzlement of the cocobod funds including that board member who was from the Volta region. 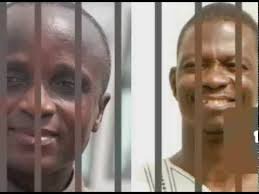 According to him, Abuga Pele was just used as a scape goat just to cool down tension at that time. "I always knew he will one day be given a presidential pardon after spending some few years in prison" he revealed.

Per this revelation by the controversial journalist, was the past NDC government being tribalistic and partizan in the cocobod saga? And why are the other board members including the alleged voltarian not being fished out by this NPP government to deal with them as well?

The Rich Woman Who Tried to Buy Beauty With Money With Plastic Surgeries, See What Happened to Her

Some important tips in a relationship