Two political assassinations that have changed the political landscape of Ghana, yet remain unsolved are the murders of J.B. Danquah-Adu, an NPP politician, and Ahmed Hussein-Suale, a Ghanaian journalist.

Political imprisonment, assassination, or removing someone considered as a threat from power, is very common in many African countries, including Ghana.

Unfortunately, many political murder cases remain unsolved because those in power occupying high positions have the authority to control the investigation.

We need to find out why political assassination often occurs. Power in Africa means greed and is always accompanied by corruption and money laundering.

Therefore, many African leaders who consider others a threat and wouldn’t like to be exposed or to prevent the uncovering of scandals will do everything to stop that from happening.

Corrupt political leaders who deprive the common people of a better life wouldn’t like to be criticized, let alone to be investigated.

They, therefore, target political opponents and journalists to be killed. Till today, the brutal murder cases of Ahmed Hussein-Suale and J.B. Danquah-Adu remain unsolved.

This has made me believe that political assassinations take place by the orders of leaders occupying high positions and since investigations will expose them, such cases are left to remain cold.

One can see how power can change the mind of greedy corrupt politicians to commit serious crimes with impunity.

Taking into account all the subsequent events with the murders of political figures, journalists and opposition leaders, you need to admit that Ghana has become a dangerous country to those that are not scared to criticize a politician or the president.

To many African politicians, the only way to prevent criticisms and possibly corruption exposure is to call for an assassination. 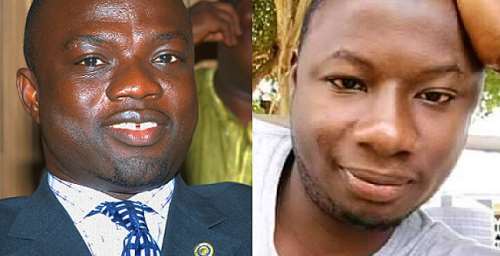 These are some of the reasons silence and fear have fallen on many Ghanaian journalists, however, if everyone fears to die who will save our fast deteriorating country?

Political assassinations are simply heinous crimes that sometimes change the fate of the entire nation and people. The sad part of it is that those who prepare these planned political eliminations often erect a whole system of protection.

There is no doubt that are criminals or people in Ghana, who know those responsible for the murders of journalist Ahmed Hussein-Suale and the NPP politician, J.B. Danquah-Adu but have refused to investigate the cases because of the high positions involved.

Human life is a fundamental social value, one of the reasons in the law of all countries murder is recognized as the most serious crime.

I can’t solve murder cases in Ghana but I will continue to write about the fragile unhealthy state of Ghana and the destruction of the lives of the families of the victims.

If no one is above the law, then IGP Dampare must seek the truth and identify all the perpetrators. This is not going to be my last article seeking justice for the families of the victims.