NPP Almost Lost 2020 Election; Akufo Addo And His Gurus Must Stop Dreaming About Breaking The "8"

By Allliveentnews (self media writer) | 12 days ago Elections in Ghana have followed a certain trend and it will be very difficult for a particular party break this trend.

Since 1992 all the Political parties that won stayed in power for 8 years and no party has ever stayed in power more than that, but currently the ruling party desperately campaigning and find way to break this 8 years (two term of office).

The President of Ghana, his Excellency President Akufo-Addo during his visit to the Ashanti Region talked about the party breaking the eight slogan in the next election.

President Akufo Addo speaking at the Pure FM in Kumasi revealed revealed that, if the New Patriotic Party had continued ruling the country after former President John Agyekum Kofour left office the country wouldn't have been in the mess they took over from the previous government. 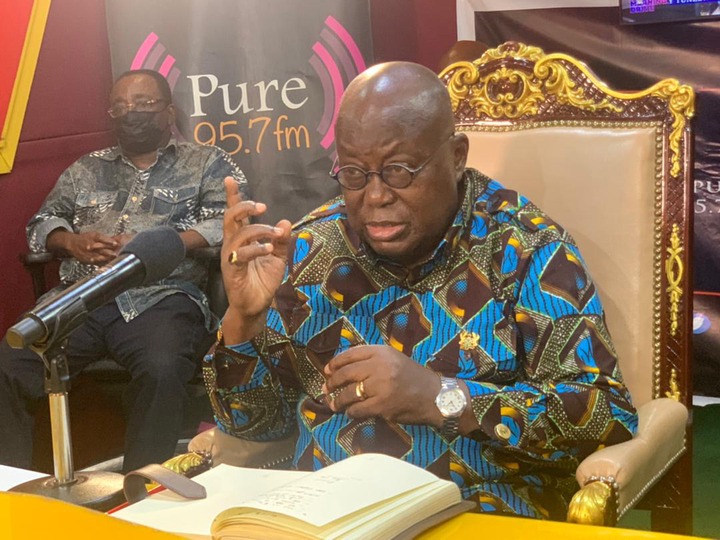 And he thinks that if they are unable to break this 8 years that different Political parties rules the country then the country will definitely go back to where they picked it up and we will have developmental problems.

He made it known that, he will support anybody that the party delegates elect to serve as their candidate for the next election.

Even though some people have raised the issue that the President supports some party members and this might be as a result of his jovial introduction of his ministers to the Ashanti King Otumfuo Osei TuTu II in his Palace.

But his point of view from his interview makes it clear that he doesn't support anybody at the moment but support any candidate that the delegates pick to run in the next election. And he will do what he can to help the next candidate to break the two tenure of office that a Political Party usually have whiles in power.

This aim from the noble President is worth talking about but let's make things clearer to Ghanaians that, the New Patriotic Party has little chance in winning the 2024 Presidential election. In 2016, the NPP through incumbent President Nana Akufo Addo massively defeated ex President John Dramani Mahama with a very huge gap. 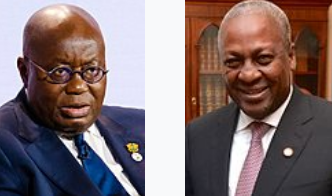 The former won the election with 53.7% and the latter had 44.5%, implying that Ghanaians needed change. But with the 2020 election result gap was extremely closed, President Akufo Addo won with 6,730,587 (51.30%) and the ex President had 6,213,182 (47.36). Despite all the policies that has been implemented, the gap between the two bigger Political parties in Ghana in the 2024 election closed and the NPP almost lost the election.

This clearly explains that, the NPP will have a very tough time in winning the 2024 election and the should stop dreaming and work hard to use strategies that can help else their slogan won't be realized.